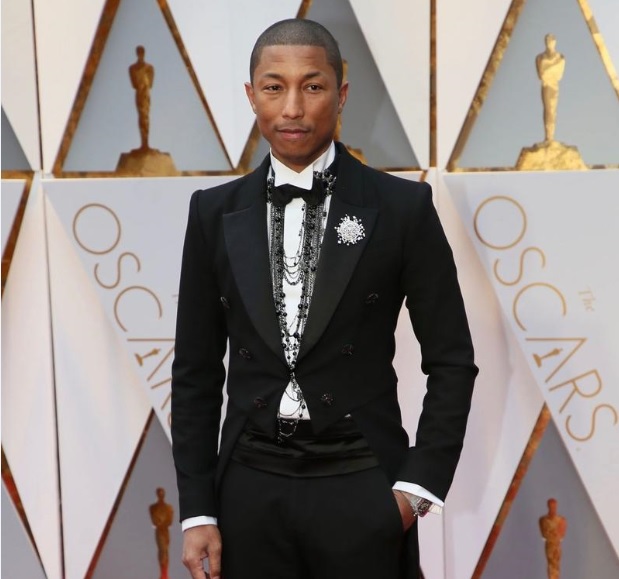 The Academy released nine award shortlists today with Pharrell Williams’ “Letter To My Godfather” from The Black Godfather, Beyoncé’s “Spirit” from The Lion King soundtrack alongside Thom Yorke’s “Daily Battles” from Motherless Brooklyn, , Elton John and Tim Rice’s “Never Too Late” from The Lion King, Elton John and Bernie Taupin’s “(I’m Gonna) Love Me Again” from Rocketman and Randy Newman’s “I Can’t Let You Throw Yourself Away” from Toy Story 4, check out the rest of today’s shortlists below. Voting for the 92nd Academy Awards will begin on January 2. 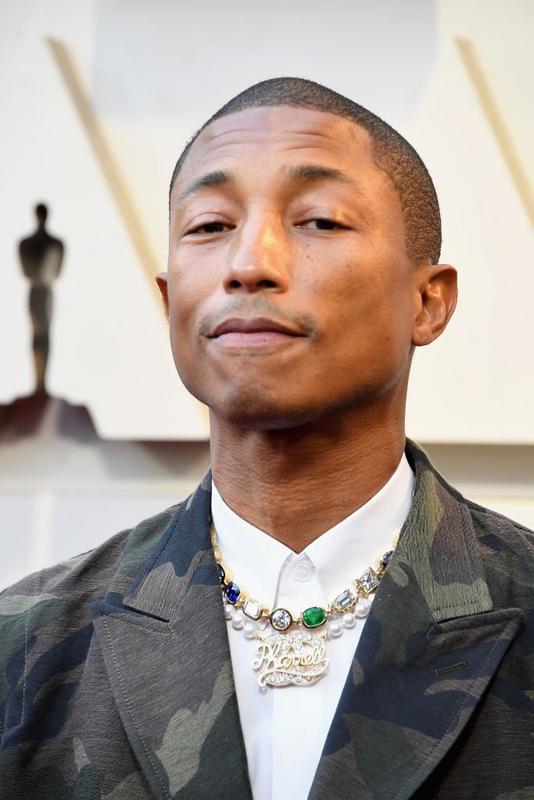 Filmmakers and studios are still scrambling to complete their holiday releases, and not all of the songs you’ll be hearing about during awards season are set. But at least a dozen tunes are in contention for that all-important Oscar shortlist to be revealed December 16. Documentary songs can’t be counted out. This year’s slate includes Pharrell Williams’ “Letter To My Godfather” from “The Black Godfather” (written with Chad Hugo) and past winner Paul Williams (“Evergreen”), whose “Da Bronx” (written with Charles Fox) adorned the doc “The Bronx, USA.” 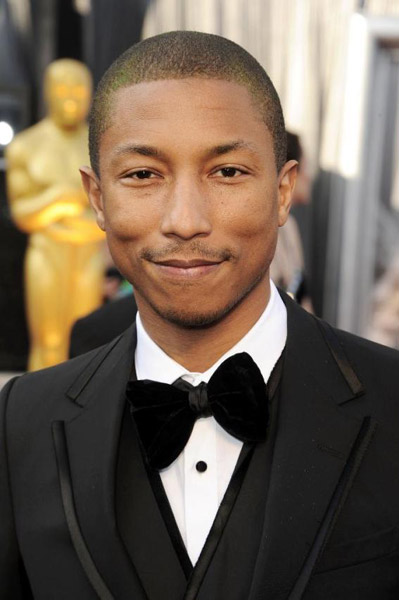 The Oscars may not have a host this Sunday, but there will still be plenty of star power on the award show’s stage. Virginia Beach native Pharrell Williams, Helen Mirren, Michael Keaton and “Black Panther” actors Michael B. Jordan and Danai Gurira are among the latest stars to be announced as presenters at this year’s Academy Awards. Tyler Perry, Michelle Yeoh, Paul Rudd, Brian Tyree Henry, John Mulaney, Krysten Ritter and Elsie Fisher were also announced as presenters on Tuesday.

They join a lengthy list of big names who were already announced presenters at the annual ceremony, with others including Daniel Craig, Tina Fey, Brie Larson, Jennifer Lopez, Constance Wu, Awkwafina, Samuel L. Jackson, Sarah Paulson, Laura Dern, Jason Momoa, Chadwick Boseman and Angela Bassett. The Oscars were left without a host for the first time in 30 years after Kevin Hart stepped down amid a scandal involving homophobic tweets he shared years in the past resurfacing. 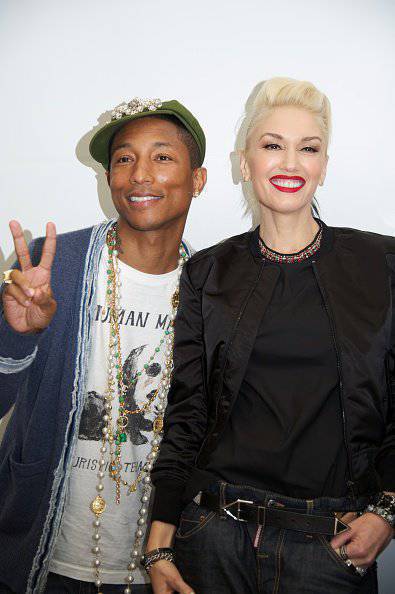 By Jenny. In new reports from both Billboard and The Hollywood Reporter, Gwen and Pharrell Williams’ new collaborative track “Shine”, included in the upcoming family comedy Paddington, based on the popular children’s stories, is one of the 79 contenders for an Oscar for Best Original Song at the 87th Academy Awards.

“Shine” is said to be premiering soon and only appears in the US domestic release of the film, excluding the British version. Paddington hits theaters next month in the US on January 16. The track is said to be included on the soundtrack and will be featured in the film’s closing credits.

When the song was first revealed, Gwen mentioned that “Shine” was a new track that No Doubt were recording with Pharrell Williams. Now, several sources are reporting that the song is a collaborative song with Gwen only and there has been no mention of the band. Both Gwen and Pharrell were in attendance at the recent Paddington press confernce held in Beverly Hills earlier this month.

We hope more clarification is on the way for us and we would think soundtrack details should be released soon, as well as the track itself. Great news on the song being a contender for an Oscar and we hope it advances with a nomination!

Pharrell To Perform ‘Happy’ At The Oscars 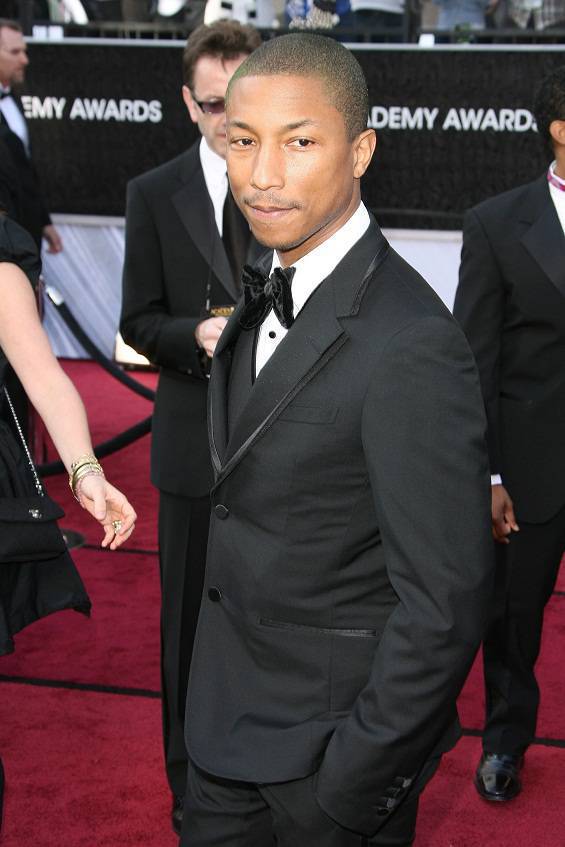 Fucking Hell… How dope will this be, according to Prosieben.De, Pharrell will be performing his No. 1 tune ‘Happy’, can’t fucking wait!

Posted: January 17th.
Pharrell Williams Gets Oscar Nomination For ‘Happy’
Who would’ve seen this coming… Sk8brd P keeps killin’ them. What hasn’t he won yet? Exactly, an Oscar, that might change soon. Pharrell Williams, born on April 5, 1973 in Virginia Beach, Virginia, the eldest of three sons of Carolyn and Pharoah Williams has been Nominated for an Academy Award, commonly known as The Oscar for achievements in the film industry.

Since the release of the 24 Hour Video Of Happy in November, the song is taking over the airways all over the world slowly but surely (UK, GER #1, etc…) and it’s not a surprise to see the Song to be Nominated for an Oscar for the category Music ‘Best Original Song’ since it’s from the Despicable Me 2 Movie, which is also nominated for ‘Best Animated Feature Film’. If you aren’t familiar with ‘Happy’, you should check out 24hoursofhappy.com. 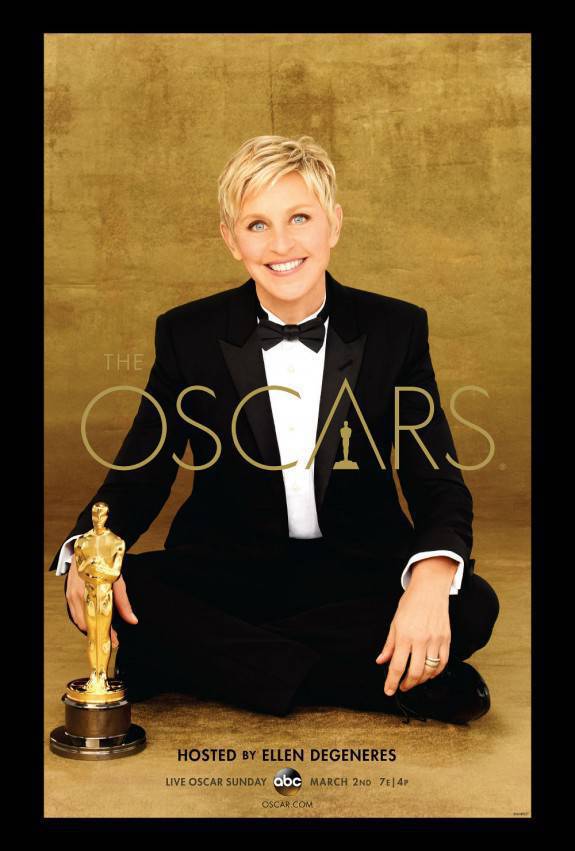 The 86th Academy Awards ceremony, presented by the Academy of Motion Picture Arts and Sciences (AMPAS), will honor the best films of 2013 and take place March 2, 2014, at the Dolby Theatre in Hollywood, Los Angeles. The ceremony will be scheduled well after its usual late–February date to avoid conflicting with the 2014 Winter Olympics.

During the ceremony, the Academy of Motion Picture Arts and Sciences presented Academy Awards (commonly referred to as Oscars) in 24 categories. The ceremony, which will be televised in the United States by ABC, and will be hosted by Ellen DeGeneres for the second time. She previously hosted the 79th ceremony in 2007. Can’t wait for March, check out the other Nominees below. 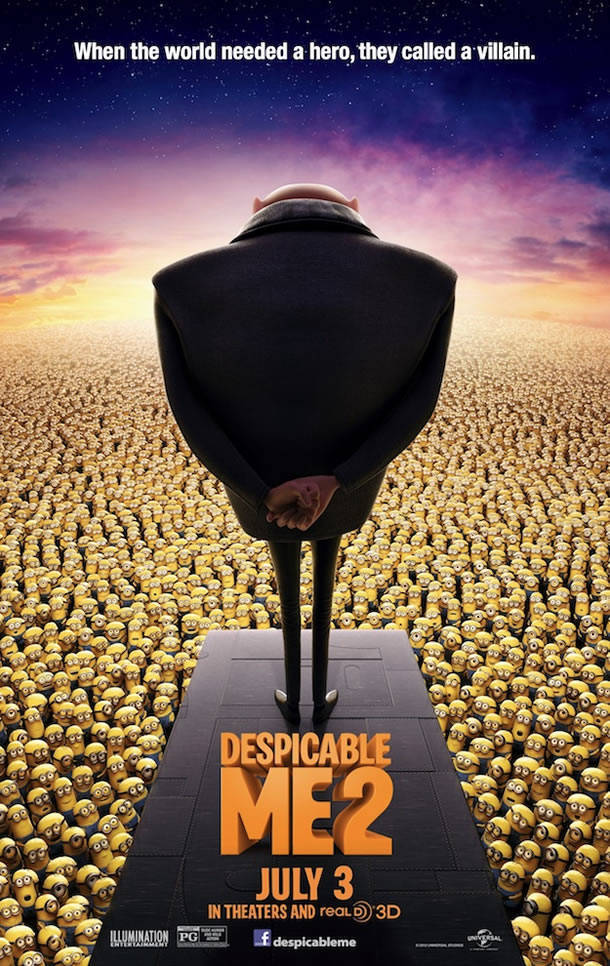 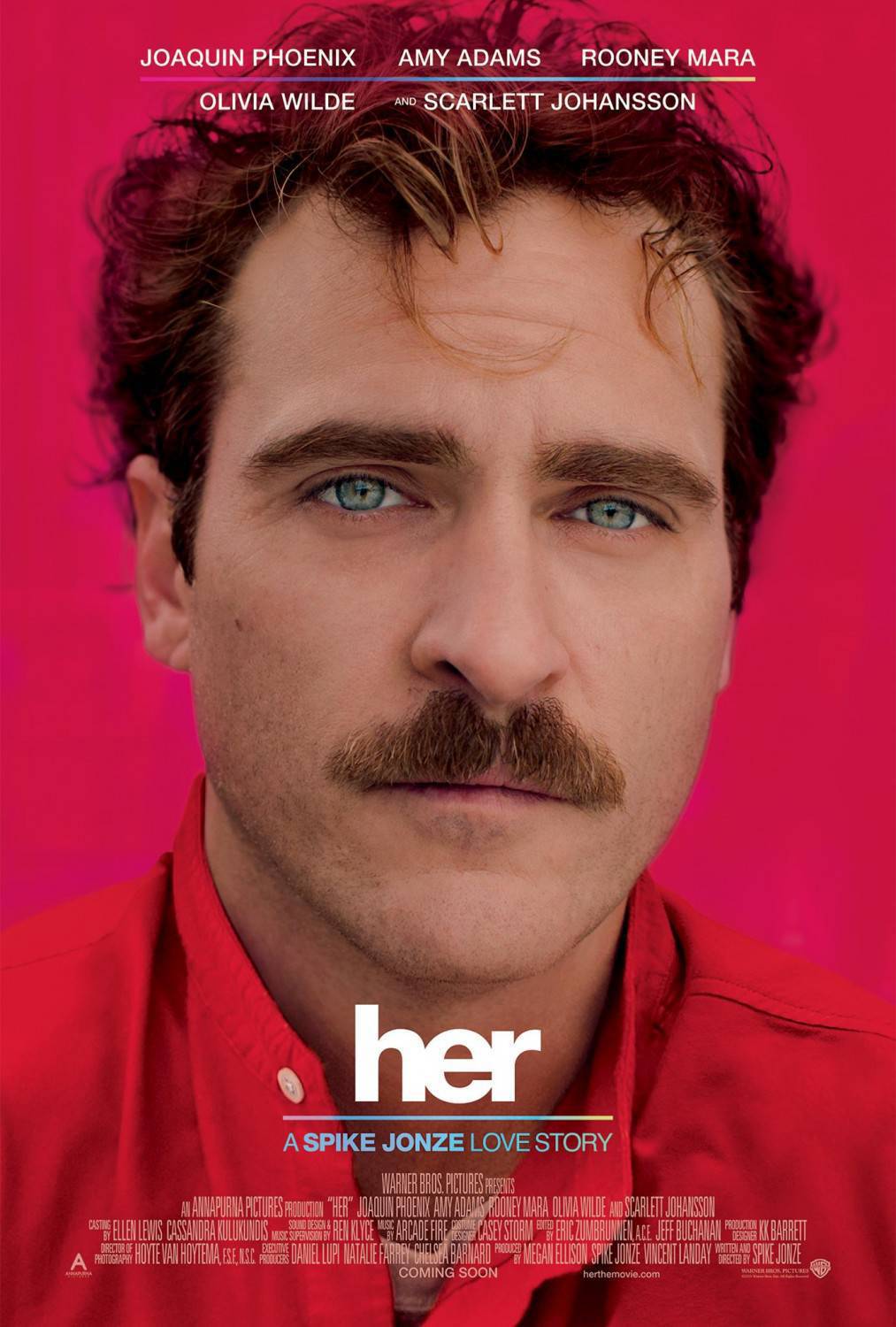 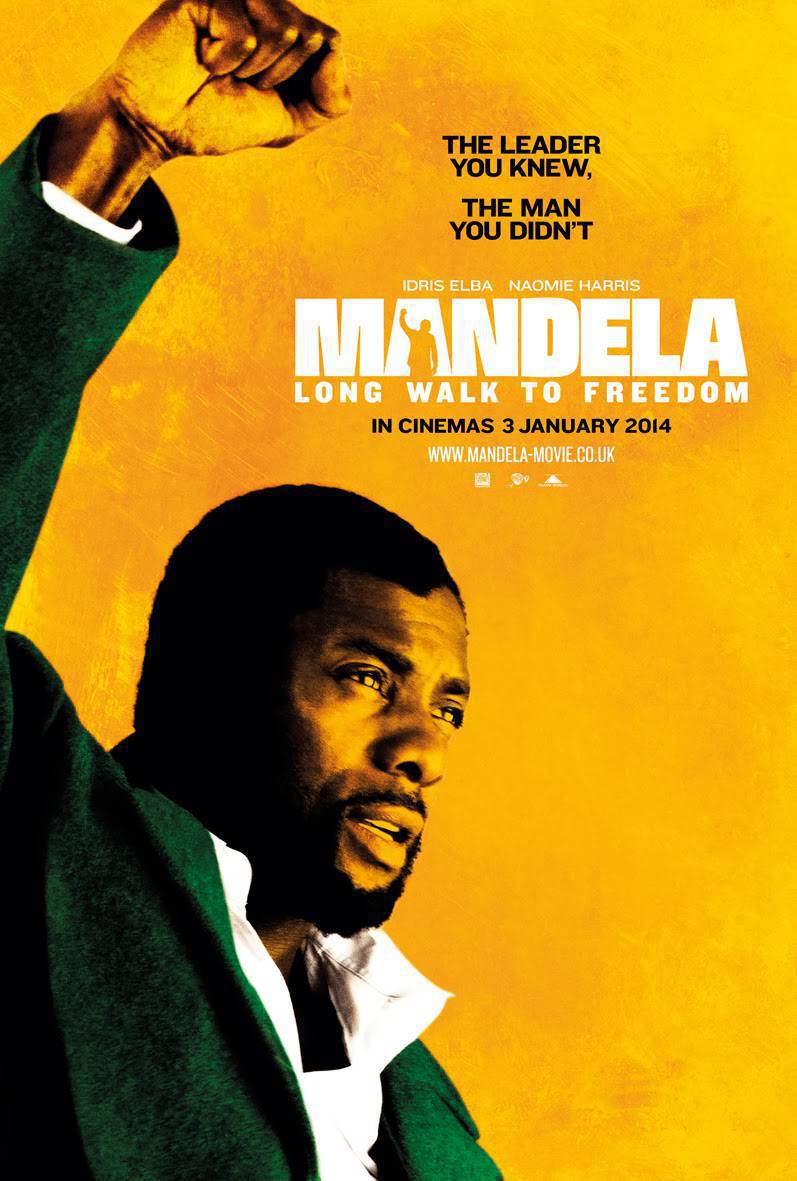