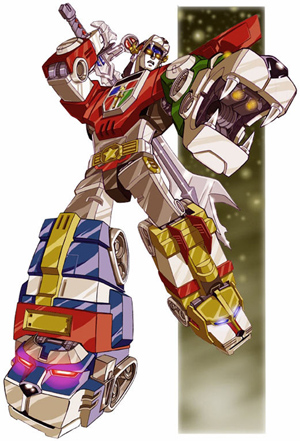 Pharrell’s “Voltron” movie gets the Hollywood Green Light When rumors of a potential Voltron Movie hit Hollywood over three years ago, Pharrell Williams jumped at the chance to be involved due to his love for Japanese pop culture (hence BBC’s popularity in Japan). Attached as a producer to the film, Pharrell not only was willing to contribute some money out of his own pocket for the movie, but he wanted to lend his music producing skills to do the music score as well.

After many years of development and negotiations, Voltron The Movie is now a reality. 20th Century Fox and Relativity Media just announced that Voltron has been given the green light and will go into production with a “modest budget” and a look and feel similar to 300. The movie is set for a 2010 release and this will be Pharrell’s first foray into producing a major motion picture.
*woooha.com