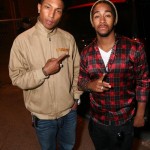 O’s new album is really just getting started. He’s gone from the Sony system, where he spent the first six years of his career, to Timbaland’s Mosley Music Group. The deal was recently finalized. Omarion said he felt the need to change labels because of all the changes that happened at Sony over the past few years. Switches in staffing, he said, affected the proper push of his past few projects. There’s no date yet for the new album, nor have any guest stars been announced. The only other producer being mentioned is Pharrell Williams.

“I asked to be released,” he said of the rumors that Sony dropped him. “A release is different from a drop. When an artist is dropped, usually they haven’t brought any revenue to the company. As you know, I’ve been with that company for a long time, roughly over six years. Throughout B2K and my solo albums, revenue was still brought in. An artist like me could never get dropped. How did I get dropped and I still ended up in a great situation? Usually when you hear ‘drop,’ it means, ‘Oh, he’s over.’ It’s a wrap. It’s unfortunate that stuff like that gets put out there. Everybody likes to associate — especially me being such a cool dude — with negative things. Are you kidding me?” 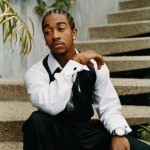 “We’re just picking each other’s brains to see what can be done differently,” he continued. “My energetic style and aggressiveness when I perform, I don’t think that’s necessarily been captured [for the length of] an album. I always felt like I had joints like ‘Touch,’ even ‘Entourage,’ where it’s upbeat. But it hasn’t been captured in an album. All these crazy new dances, all these different things I wanna do. When I look at my peers in the game, they capture the true essence of who they are. I kinda felt like throughout my career, I had just blots of that.”
*mtv.com