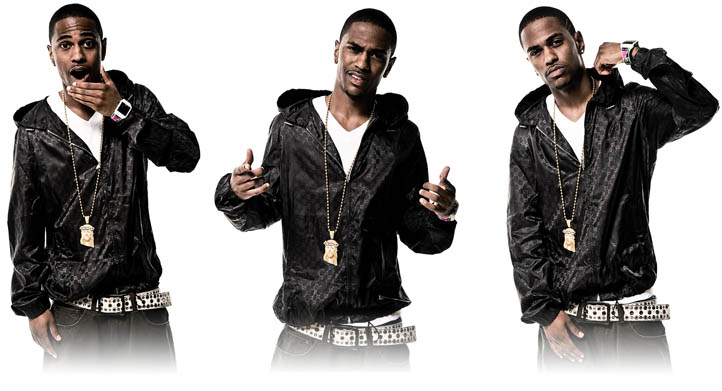 Latest G.O.O.D. Music signee Sean Anderson aka Big Sean, 20 is working on his debut album “Finally Famous“. The album features Hip Hop stars such as Kanye West, The Neptunes, The Dream and many more. Sean gained a strong relationship with 102.7 FM, a local radio station in Detroit where he displayed his rhyming skills weekly. There, he met Kanye West after a radio Interview in 2005 and got a chance to display his talent by freestyling for Mr. West, giving him a copy of his music and sending numerous tracks for him attitique. After months of submitting songs and numerous meetings, Sean finally got the call from Kanye West himself saying that he wanted to sign him to his label. Big Sean signed to G.O.O.D. Music in 2007 and then signed to Island Def Jam in 2008 and is scheduled to release his debut album entitled “Finally Famous” in Spring 2009.
*myspace.com/unknownbigsean

Pharrell In The Studio With Big Sean