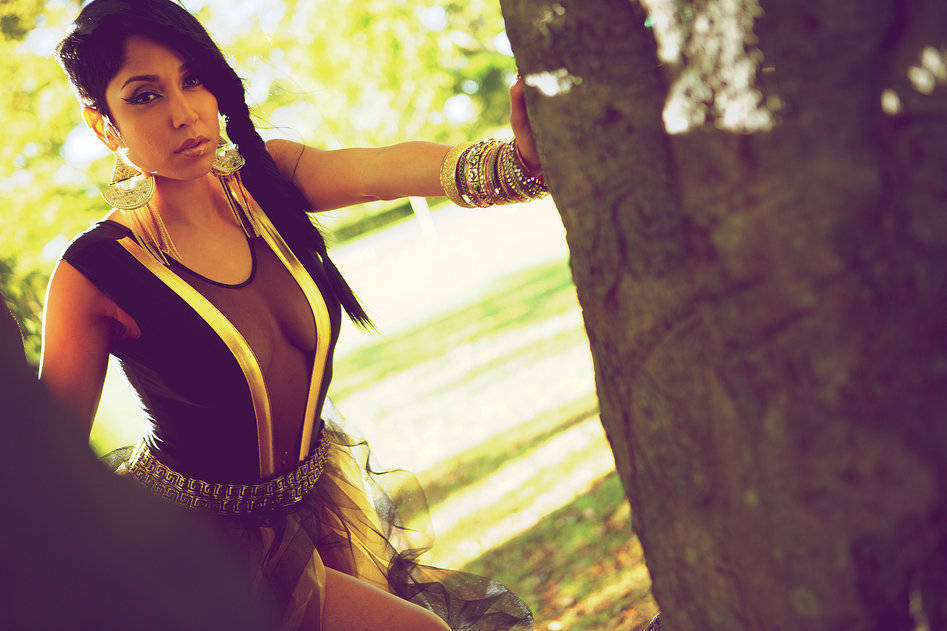 We managed to get Natasha Ramos aka Tasha for a Interview, Thanks to Goober, where she speaks about her new album, how she signed to Star Trak, her Kanye West collaboration on The Neptunes produced track “Screwed”, being a former member Star Trak’s Girl Group and much more. So let’s get it started. “It’s been a while since anybody heard and seen anything from me, but I’m Back Bitches!, Right now, I’m Tasha Ramos, you can call me Natasha Ramos. Over the past few months I have been working on new music and some of you may know that I got a song on the Fast & Furious Soundtrack “La Isla Bonita” a Madonna’s Remake which I’m very proud of”.

How Did You Get Started?
When I was 17, my mom told me about this talent show where I went to the audition. At that time Destiny’s Child broke up and they were looking for a 3rd member, so they have chosen me. We did 10 songs, ans we were really close to finish the album, but my manager & I had differences. It didn’t worked out, I was not ready yet. I left the group and I came back home. It was so stressful, that I wanted to give up, but then what actually made me not give up was, I had a dream about Aaliyah after she past away, I was at the grocery store and was looking at magazines with pictures of her and the pictures became live and she started talking to me. When I woke up, I said I can’t just give up like that, I was inspired by that dream. I’ve been singing before I could even speak, and I always wanted to be a Perfomer/Singer. My first performance was when I was Six year old in front of an audience, after that I was just looking for different Talent Shows. I sang the National Athem in High School. 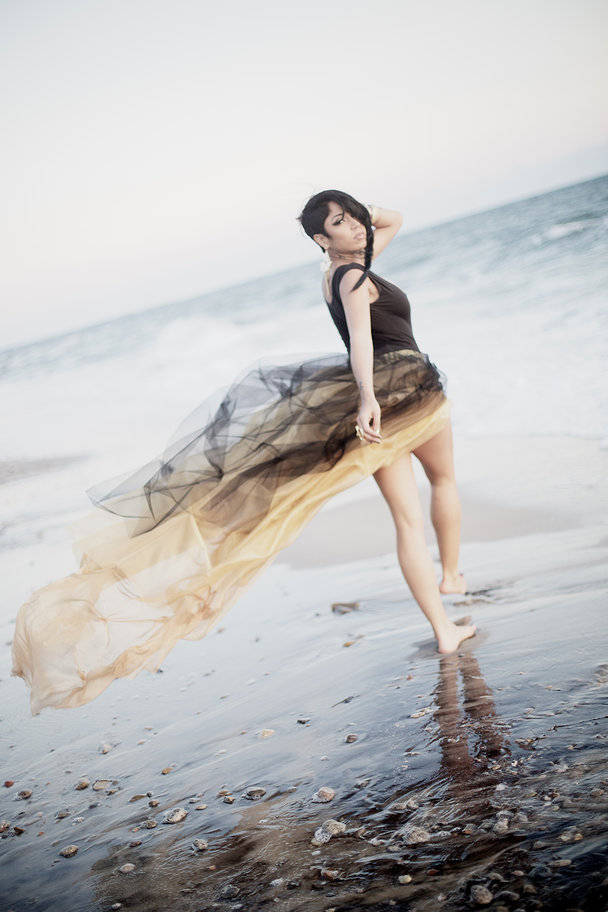 Working With The Neptunes & Star Trak Girl Group
A High School friend, “Brandon” came to me one day and told me about this guy called Reggie who knows the producer “Troy Oliver” who already worked for Jennifer Lopez, Ginuwine and many more, and I got to meet Troy who introduced me to L.A. Reid where I sang “Yesterday By Shanice” for him. He was blown away after the performance. So I ended up signing with Arista/Chocolate Factory and started working on my album with The Neptunes. We did a couple of tracks such as Midnight Hour and Invisible. We we were so close to finish the album but then Arista canceled the project. After that, Pharrell had the Idea to make a Star Trak Girl Group with three Spanish Girls, so Vanessa Marquez, me and Tffany Villarealjoined the group but it didn’t worked out at the end and we all went separate ways and I signed to Star Trak then.

Who Recorded The “Midnight Hour” Video?
It was Kenny Ortiz, he was my A&R at that time.

Why Do You Look Bored In The Video?
People on Youtube just make me laugh, they just speak and they just dont know. The reason that I looked so leanbacked and chilled was because I just came back from L.A. from a Darkchild Session that lasted 4-5 days and flew straight from L.A. to Virginia. I was exited working with Pharrell but at the same time supertired. So I was absolutelly not bored, there was no way I could have been bored in the presents of Pharrell Williams and Chad Hugo.

Who Made The “Midnight Hour” Beat?
The Neptunes made the beat, Pharrell wrote it 6 years ago.

What About Natasha – So Sick feat. Clipse?
That’s not by me, I did not record that song. That’s Natasha from Jive Records, I’m Natasha from Star Trak Records. It did cause some cofusion because that record features the Clipse, you would think that’s kind of a give, to work with the Clipse who are on the same label but it really wasn’t. 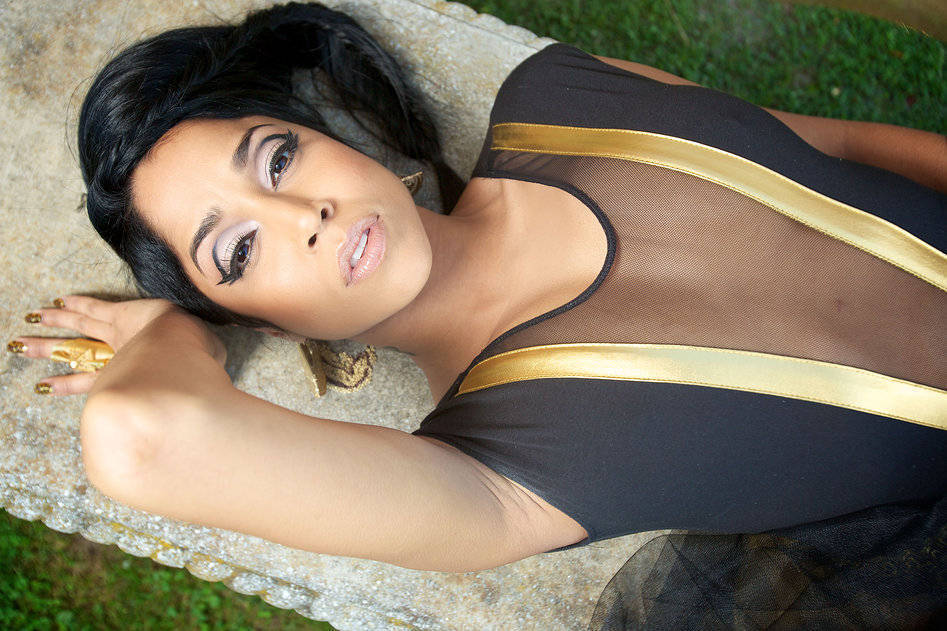 How Is Star Trak Treating You?
I got a very close contact with the record label and it’s not just a label with me, it’s a familly, so if I have to call somebody up and say “hey this is going on am I right” It’s Star Trak.

What Do You Feel About The Current State Of The Industry?
The music is not what it used to be, people who feel and love music would agree with me. A lot of labels are looking for things that don’t really matter, not everybody can be Beyonce, dances and sings and backflips all at the same time, my speciality is singing, with the vocals and the pen. That shouldn’t be something that people are gonna be like “She doesn’t dance like Ciara so I don’t know if she’s gonna be big”. It’s all about what you’re hearing what you feel.

What Kind Of Music Are You Listening To?
I listen to every genre of music, if it’s good music, I like it.

How Did “La Isla Bonita” Come About?
Star Trak’s A&R Jay Jackson actually contacted me and said that they have this record for me to do. I came to New York and I didn’t even know the song back then, all I knew was that it’s for a Soundtrack. It’s producer by J. Drew Sheard II. ” Kierra “Kiki” Sheard’s brother” one of my favourite gospel singers. 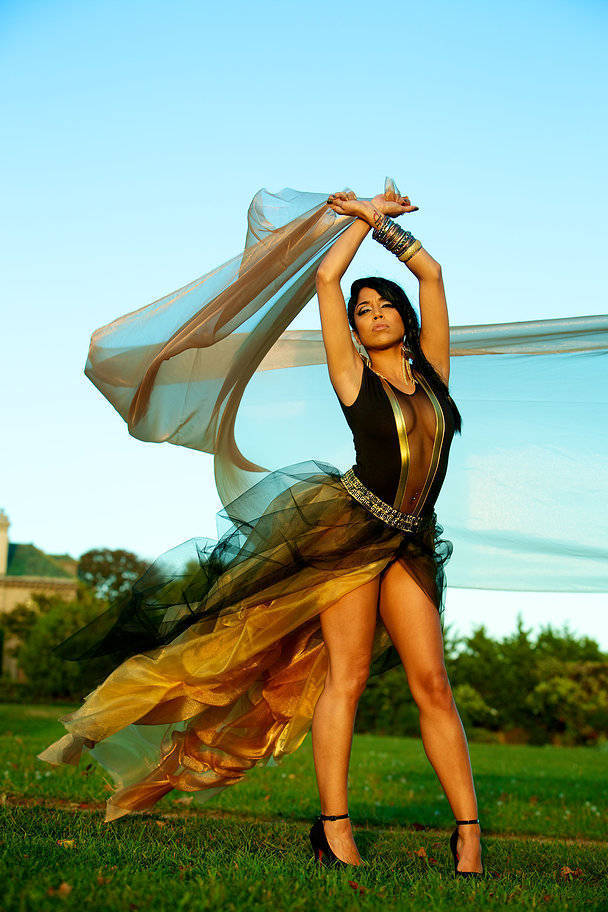 Any Secret Projects?
It wouldn’t be a secret project if if I told you, right ?. So it’s gonna have to stay a secrect!

Pontential First Single?
I can’t really say what single I should pick. If they can make a whole album a single that would be a deal.

Are There Any Other Contributors On The Album?
The album is not completely done yet, so obviously The Neptunes, Troy Oliver, Hit-Boy, Ryan Lesle maybe again etc.

Any Collaborations?
So far I have one song with Kanye West called “Screwed’ produced by The Neptunes. His verse is so stupid.