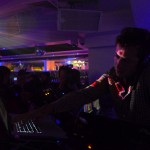 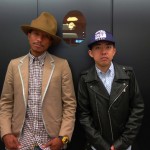 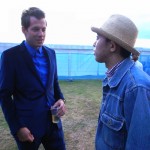 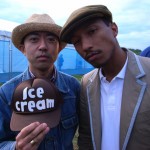 Mark Ronson and Pharrell Williams have gone head-to-head in a DJ battle – with NERD frontman Williams walking away with the crown. The stars hit the decks at the launch of Bathing Ape, a new shop in London, held at nightclub 24. Their sets ended in a competition to see who was a better DJ. A party-goer tells Britain’s The People, “Both Pharrell and Mark took it very seriously.”