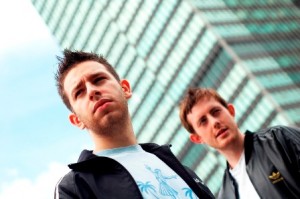 Saul Milton, one half of London drum & bass production pairing Chase & Status, is flagging. “We’ve just had an all-nighter,” he says groggily, explaining the absence of band mate Will Kennard. “Social life has taken a battering, I need to see my girlfriend and my family more. It’s just non-stop.” Meanwhile, Pharrell Williams demanded a studio summit with the duo after seeing them at a UK festival this summer. “He came and he watched our set and he came over afterwards and said ‘Hey love what you guys are doing, I really want to get in the studio with you’. “We actually met up in the studio a week later, only for a couple of hours for a chit chat. “We’re going to collaborate with him in a future and that’s real exciting because he’s one of our heroes, one of our idols, someone we’ve looked up to for forever. It’s mind blowing basically to get accolades from people you’ve respected for so long.”