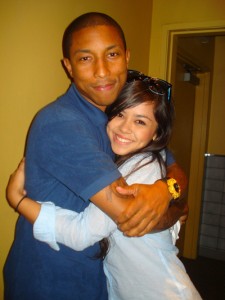 Her name is Alyssa Brianne Bernal, 19 years old Mexican-American/Hispanic native was born and raised at San Antonio, Texas on December 22, 1989. Three years ago she put herself on YouTube and ever since then she’ve got loads of continuous support and love which brought the attention of Pharrell & American Music Group. Known as hchsknights08 on Youtube, Alyssa has become a famous teen female singer with over 180,000 subscribers on Youtube. She chose hchsknights08 as her screen name because, hchsknights is the name of her cheerleading team and she said, “If I only knew that this will be big then I should’ve chose Alyssa Bernal or something.” 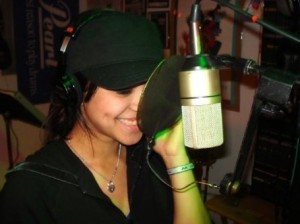 She attracts every person who visits her channel everyday. Teens like her admires her so much because, she has a talent to share and a really kind heart. On October 2008, after making videos that catapulted her to a much-deserved fame, American Music Group gave her a deal. She began recording her first single, “Never Woulda,” with Martin Terefe early January 2009 for her as yet untitled debut album for a 2009 release on American Music Group, the lead single Never Woulda is now available on iTunes. Check out some of the videos which gave her the Fame she deserves from Youtube. 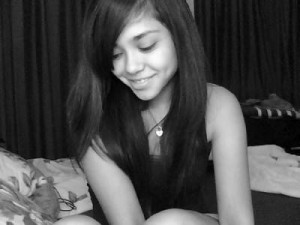 Alyssa Bernal – Save Me From Myself (Christina Aguilera Cover)