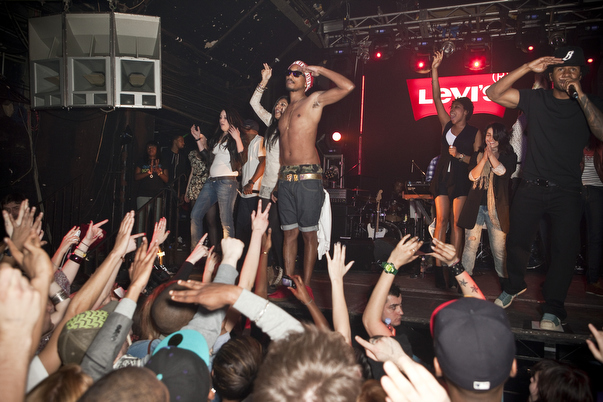 Pharrell Williams has revealed that N.E.R.D. have written a song for this year’s football World Cup in South Africa. The rapper, who is a fan of the game, is hopeful that organisers will select the track for the tournament. “We have submitted a track to FIFA which will hopefully be chosen as the official anthem,” he told The Sun newspaper. “I follow football a little bit – it would be great if it happens.” Williams, who performed a secret gig in London earlier this week, added that he knew David Beckham through his a mutual jeweller. As previously reported on Gigwise, Alicia Keys is among the artists set to perform at a concert to mark the start of this summer’s football World Cup. John Legend, Shakira and The Parlotones will also perform at the Orlando Stadium in Johannesburg on June 10. The 19th FIFA World Cup is scheduled to take place from June 11 – July 11 and will mark the first time that the tournament has been hosted by an African nation.