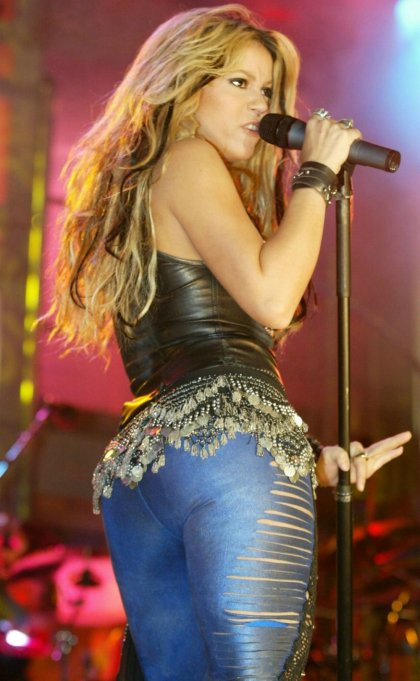 You can expect more collaborations between Shakira and The Neptunes, she has declared how much she loves Pharrell. Shakira claims she works well with Pharrell Williams because they have great chemistry together. That is the reason why they are spending some quality time on the studio again – which will feature a mix of Spanish and English songs – and claims they have the ideal working relationship. She said: “Pharrell is really great. We have lots of chemistry together. “I learnt a lot from him when we worked on my last album ‘She Wolf‘.

He’s so fast in the studio, whereas I’m usually so slow. I take so much time on one decision; I go in circles sometimes, whereas he is very immediate.” The 33-year-old singer had originally planned to make the album all in Spanish, but changed her mind when she was overwhelmed by a wave of creativity. She explained: “I’d already written half of this album and it was always the plan to release a Spanish album next. I’ve felt very inspired in the last month, so I went for it. I started writing some material in English, too, which I’m going to use on this album.”