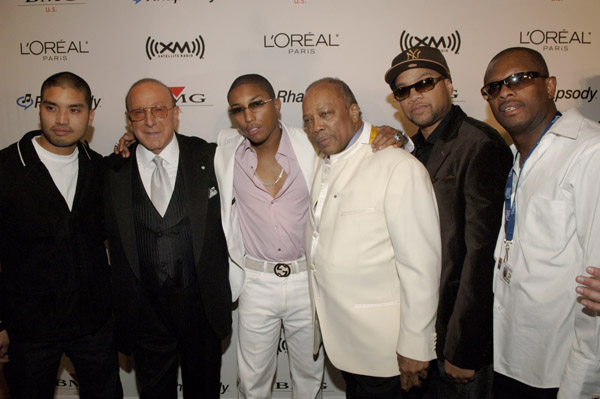 Two Years ago (July 22nd 2008) David Banner confirmed on sohh.com that The Neptunes have been working with Quincy Jones for his Remix album “Legendary producer Quincy Jones has employed The Neptunes to work on a new album featuring remixes of his greatest hits, according to producer David Banner. Banner said “Quincy Jones got me, Akon, Pharrell Williams and T-Pain,” he explained. “[He] allowed us to choose and remake our favorite songs.”, well two years later it looks like the Remix Album is finally getting a release date (due this spring) from Interscope Records.

’Q: Soul Bossa Nostra’ features some of my favorite artists and producers on the scene today from the Pop, R&B and Hip Hop worlds performing selections from my catalog that people really loved when they were originally recorded,” said Q, who also serves as the album’s executive producer. “Each artist picked a song that really resonated with them for different reasons – some of them having a connection because they remembered their parents playing the track when they were growing up.” 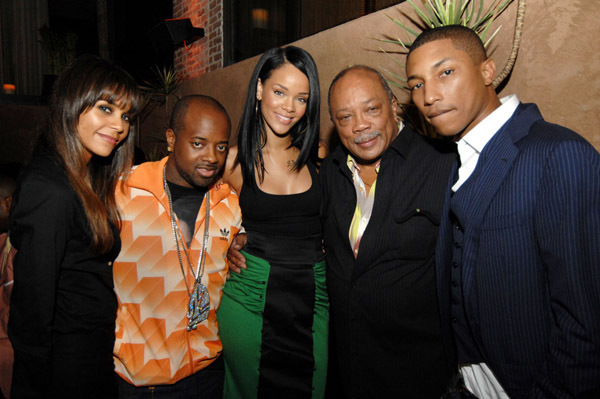 “I am honored that everyone wanted to be a part of this celebration of these songs. They all made them their own, and knocked them out of the park.” Star Trak Artist Robin Thicke will have 2 tracks on the album, he’ll be on the Remix of Michael Jackson’s P.Y.T remixed by T-Pain and on the Jermaine Dupri Remix off Secret Garden featuring Usher, LL Cool J, Trey Songz, Tyrese, Tevin Campbell & Barry White. The set’s first single, available March 24, will be Akon’s interpretation of the 1977 Brothers Johnson classic “Strawberry Letter 23.”  ‘Q: Soul Bossa Nostra,’ features contemporary versions of popular recordings from Jones’ massive catalog. Other artists on the album include Jennifer Hudson, Mary J. Blige, T-Pain, John Legend, Snoop Dogg, Wyclef Jean, Q-Tip, Talib Kweli, Three 6 Mafia, David Banner, Bebe Winans, Mervyn Warren, DJ Paul, and Scott Storch.