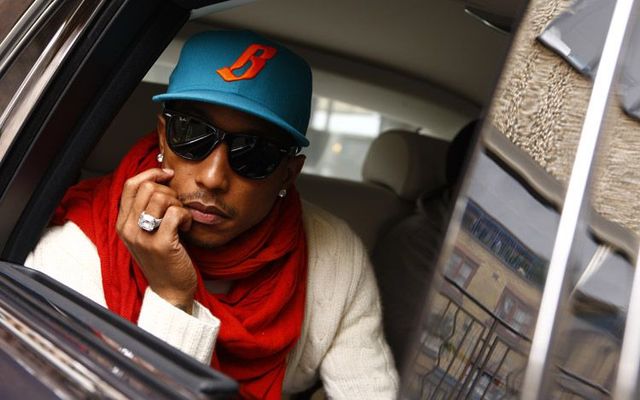 “Rappers, man, too many rappers. I should know.” Pharrell Williams can see the irony. Here he is, the hip-hopper who is so hip it hurts, discussing how his favorite cars, the Rolls-Royce Phantom and Rolls-Royce Phantom Drophead Coupe, have become too popular — with rappers. “In the early days, the cars were rarities,” he says. Williams bought one of the first Phantoms and stuck it center stage in his “Drop It Like It’s Hot” video. But turn on MTV now and every rapper and his Snoop Dogg, he says, has one. “They’re kind of ubiquitous.” But he’s not giving up. “The saving grace is: It’s still a Rolls. It’s still got those details that no one else does.”

Detail matters to Williams. The Virginia-born mogul has spent the past decade composing “just so” avant-garde beats, bespoke bass lines, and 24-carat melodies for Madonna, Justin Timberlake, Kanye West, Jay-Z, Gwen Stefani, Snoop Dogg, Britney Spears, and Nelly. He has released a solo album of his trademark staccato beats and crisp raps, and he records and performs with his own band, N*E*R*D. He designs his own fashion labels — Billionaire Boys Club and Ice Cream — and fashions bespoke jewelry for Louis Vuitton in a joint venture with LV’s chief designer Marc Jacobs. When he is not “wearing himself,” he dresses in Tom Ford and Ralph Lauren Purple Label Couture. 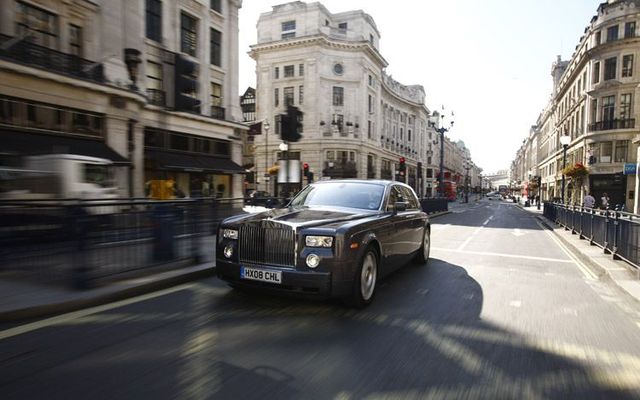 “Whether it’s music or sneakers or ‘ice,’ it’s all about getting the details right: the comfort, the functionality, the aesthetic,” he says. He likes the Phantom and the Phantom Drophead Coupe because “every stitch and every tiny detail are brilliant. It’s traditional and consistent quality. They spare nothing. Also, you can drive it just how you’re feeling. It can be a luxury vehicle or you can really put your foot in it and it darts out like an arrow. I had a Bentley but it wasn’t for me. At the end of the day, a Rolls is a Rolls.” His color and trim of choice is a black exterior and a red interior. “Black is my color, it’s very crisp. Red makes a statement. Hip hop is red. R&B is blue. My first Phantom had a triple black exterior and a pigeon blood interior. It’s still the only one out there.”

But he’s open to suggestions. On “Drop It Like It’s Hot,” he raps about the “inside tan like California sand.” He drives his Drophead Coupe but takes a backseat in the Phantom. “I sit in the back and recline with my gold Blackberry, like Richie Rich. I listen to the radio or to my stuff if there is new material.” As well as the powerful refinement of the Phantom, Williams enjoys the blood ‘n’ guts savagery of supercars. “I have a McLaren Mercedes SLR and a Ferrari Enzo. The McLaren Mercedes is my favorite because it handles like an S Class when you want it to, but it is, in fact, an F1 car. It’s a supercar you can use every day.” The Enzo? “Man, you have to be in the mood to drive that. It’s so fast, it’s like being in a spaceship or a stealth bomber. 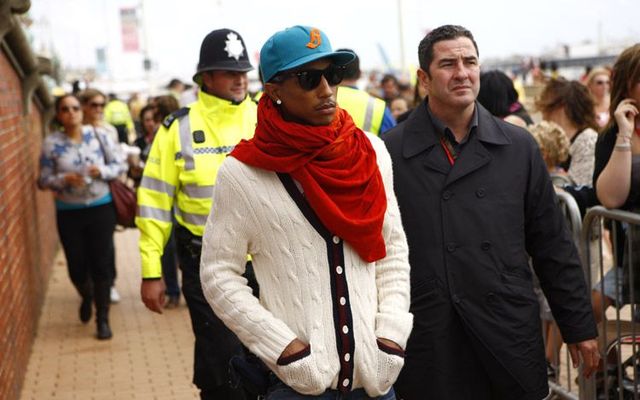 And there’s no radio, so I can’t have any tunes. I love it but you really have to be in race car mode.” Which of his supercars does he prefer? “Monetarily, the Enzo. It’s an ’03 car but it’s still selling for $1.2m. And you have to have had two Ferrari’s before it to own one. The McLarens do not hold their value so well.” His dream car? “I love the Bugatti Veyron. I know they unveiled it too quickly and they probably don’t hold their value as well as the Enzo, but I love the exterior. It’s something special. And there’s that top speed.” Speed is something Williams appreciates more and more. “I’m beginning to get into motorsport. I went to the American Grand Prix in Indianapolis in 2008 and I met Lewis Hamilton.

He’s a cool kid. He taught me a lot of things about the sport and we’ve kind of become friends. He asked me if I wanted to race. I told him I like speed but I don’t need to go that fast. It’s cool to watch.” He has an eye to the environment, too. “I’ve just ordered a hybrid Yukon. You gotta do it.” However great the rush he gets from driving or from F1, nothing compares with the thrill of performing with N*E*R*D. “I’m super energetic and when I get up there and see a ridiculous amount of energy in the crowd, it’s better than driving any car. It’s reaching out and seeing what you do means so much. That’s the best.”