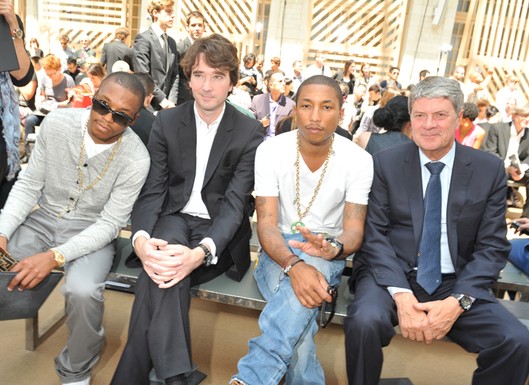 “Pharrell [Williams] dragged me out. There are a lot of swanky people here,” said Lupe Fiasco, who took a front-row seat at Louis Vuitton’s men’s show on Thursday. Fiasco said he just wrapped up his tour in the U.S. and was “plotting” his rounds in Europe. Until then he’s keeping busy with a few fashion projects of his own. “I’m launching a jewelry line called Setlist & Rider in about two months,” Fiasco said, adding his men’s fashion label, Trilly & Truly, was still going strong. “Vuitton’s been so good to me, I like to support it whenever I’m in town,” said Williams. (Even if he’s in town for an event with Moncler.) A new N*E*R*D. album, out in September, will be “hippie, like this,” he said, pointing to the beaded belt he wore. Meanwhile, another multitasker, French actor, writer and theater director Pio Marmaï — who just wrapped up filming “Contre Toi” [or “Against You”] — said he was adding a new feather to his cap: “I’m building two motorcycles.” 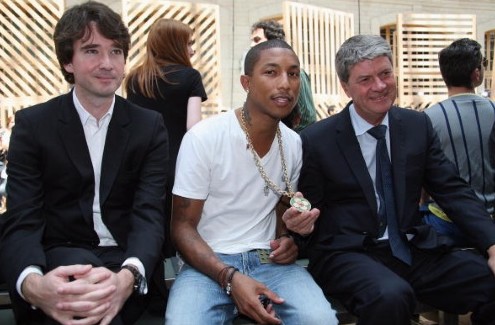