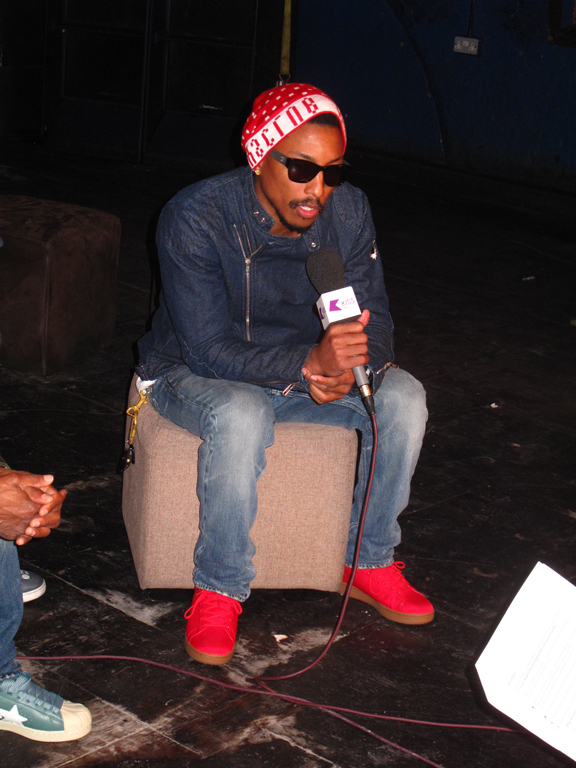 Pharrell Williams was so inspired by President Barack Obama’s election that the multiplatinum producer/artist decided to become a part of the change that Obama spoke about so often. The musician launched a public affairs and cultural website, K!dult.com, that he hopes will continue the conversations many tweens were introduced to during Obama’s rallies. Although he cited CNN, MSNBC, Fox and the BBC as outlets for politically minded older adults and the Huffington Post for young adults, Williams said he asked himself where students went to find out about government. “If you’re somewhere between the age of 12 to 18 or 14 to 20, where are you getting your information from?” he asked MTV News.

“What about the kid that’s deciding where he wants to go in his life? Where is he getting that from? We didn’t have anything that matched that demo and we didn’t have anything that matched that voice.” The N*E*R*D star recruited Mimi Valdes, a former editor at both Vibe and Latina magazines, to help with the effort. “She understands the voice,” Williams explained. “It’s a colorless voice. That’s what this generation is, these kids are glass: They’re not black, white or purple. They’re human beings. They’re gonna be the deciders of the future, so we need to educate them and do it now.”

The site focuses on politics, green issues, technology, business, games, science, technology, fashion, health and sports. Entertainment is also a channel on the site, however, Williams cautioned that his site would not include what he felt was trivial gossip. Rather, he said K!dult.com will be informative even as it touches on Hollywood-tinged content. “If you see Rihanna on there, we’ll be asking her ‘What book are you reading?’ “ Williams said. The K!dult Youth & Leadership Conference, featuring a performance by Williams and guest speakers, is set for Saturday in New York.

Check out P’s news and entertainment site for teens. If you’re craving info about everything from science to fashion, including info about cool jobs, then bookmark Kidult.com now. And if you’ll be in New York on June 26, register for the Kidult Youth Leadership Conference where Pharrell and others will teach you the skills on how you can become tomorrow’s leaders.

Supplementing the Kidult.com offerings are blogs, regular political polls and daily video posts (including Kidult-made videos and movie trailers). In addition, Williams is expanding the Kidult brand into the conference arena. The site is promoting the Kidult Youth Leadership Conference, slated for June 26 at the Sheraton New York Hotel & Towers. Among the speakers will be Williams and Mimi Valdes, the site¹s co-founder and also editor in chief of Latina Magazine. 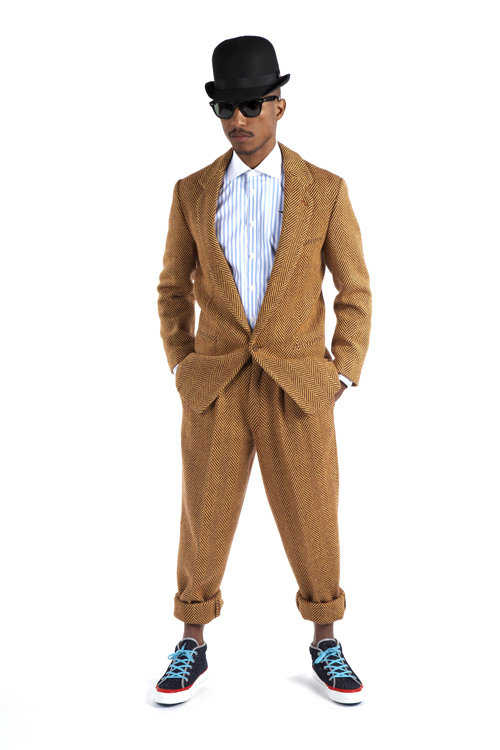 Check out this old Pharrell x Kidult.com Interview from December 2009, thanks to
WhyPR.
Kidult.com is your brainchild. Are you a kidult?
Pharrell: I’m very much still a kid, still feel the same way I did when I was 15. My hunger and desire for personal growth has never stopped. I just think that’s how everyone should live, but I especially want to encourage teens to approach life curiously, no matter how strange or weird this may make them seem to other kids who don’t share their same thirst for knowledge. I don’t think age brings you wisdom. Curiosity, more than anything, brings you wisdom.

I’d rather have a conversation with a teen who’s thirsty for knowledge, than an adult who thinks he knows it all. It’s sad when people get to a certain age and think they’ve learned everything the world has to offer. There’s nothing more happy or free than living like a kidult. It’s a world where intelligence gets you in the door, not an age or archetype. I totally believe that kids and adults can engage in the same common interests, have conversations or debates on things like politics, science and culture worldwide.

K: What inspired you to start a news and entertainment website for teens?
P: When I look at the media, whether it’s television, online, CDs, DVDs, games, etc., I feel like there are all these very specific voices, but no urban voice in its proper context. Unfortunately, in my opinion, the urban arena has always been for urban, by urban, to urban, it’s very locked in, a very constricted zone. My thing is, why not use this powerful voice to comment on anything and everything. Just like there’s democratic news, republican news, Christian news, where’s that urban voice that speaks to the world and just gives its perspective on everything going on? I admire brands like Time and CNN, especially how people rely on what they say, they’re pretty well respected and reliable sources. The young urban voice needs something like that. Kidult can fill that void.

P: The media helps steer the collective consciousness in a specific direction. In general, when you communicate you have an agenda. Some may choose to communicate selfishly, others for a greater good. Other than the simple fact of being informative, I want Kidult to inspire kids to dream in ways they never thought possible. No kid should ever have to jump through hula hoops and obstacles to find things out. When you don’t even know that you’re interested in something—that’s the biggest crime of all. I hate the idea that a kid might not know if they like something because they haven’t been exposed to it. Every child should know what Australia air smells like, what African soil feels like and what Chinese spices taste like. If they’re not curious to try and find out, we’re doing an extreme disservice to our children. It’s our responsibility to really engage them and peak their interests in every way imaginable.