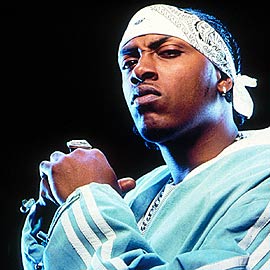 Great news right here, Mystikal is back home in Louisiana and the energetic MC says he’s more excited than ever. “Finally. Six years, that ain’t no walk in the park,” Mystikal told MTV over the weekend. “I had a lot of time to do a lot of growing, reflecting and thinking and stuff like that,” he said, talking about the six-year sentence he served on a sexual battery and extortion charge. But since his release from prison at the top of the year, Mystikal has wasted no time getting his career back on track. He added to his busy schedule over the Fourth of July weekend with a performance at the Essence Music Festival in New Orleans. “To participate in an event like this is awesome,” he said. Mystikal also recently jumped on Lloyd’s “Set Me Free,” performed for his hometown at the Zulu Ball and in front of millions at the “VH1 Hip-Hop Honors,” dedicated this year to the Dirty South.

And he says he’s recorded an album’s worth of material. “Everything is lined up for me, it’s amazing. I didn’t throw pity parties for myself [while in prison]. I knew I was too blessed to be stressed and I knew I was gonna get through it. I’m still on Jive. I still have an obligation to fulfill with them guys,” he said of his record label. “We gonna do it in a major way.” One of the collaborators on Mystikal’s upcoming LP is Pharrell Williams, who with partner Chad Hugo scored the Cajun veteran’s hit “Shake Ya Ass” a decade ago — in the process elevating the Virginia duo’s career to legendary heights. “I just talked to him the other day,” Mystikal said of Pharrell. “He says he got an armored-tank beat for me. I can’t wait to hear what that sounds like.” Lil’ Wayne and Busta Rhymes have already recorded features and the Nola MC is also going to get in the lab with Mannie Fresh.

Mys says once he fully launches his comeback, “a lot of rappers are gonna have to go back to the drawing board.” “It wasn’t no big writing sanctuary, but I was able to put some stuff together,” he said about his time away. “I feel like I’m doing more writing now than I did there. Y’all about to be real proud.” As for his versatile flow, Mystikal insisted he didn’t have to worry about finding it again. “I ain’t never lose it,” he smiled. “I was rapping in that place. I was doing benefit concerts for American Cancer Society and MDA [Muscular Dystrophy Association].” Once released, the Southern MC behind hits such as “Danger” and “The Man Right Chea” said he was humbled. “I kissed the floor and hugged the mic and held it so gently to me,” he recalled of getting in the studio for the first time in more than half a decade. “That was with KLC from Beats by the Pound who was on No Limit with me. He was the guy I learned how to record demos with way back when I was just starting in this game. It was a wonderful feeling.”

Updated: January 15th
Mystikal Out Of Jail As Of 14th January 2010, Q93 FM Interview
Some may have forgotten about Mystikal in six years time. He was the raspy, loudmouth, always yelling rapper who performed hits such as “Danger” and “Shake Yo Ass” produced by The Neptunes. He was a part of the No Limit Records rap crew and also was prominent on the hit song “Move” by Ludacris which also featured rapper I-20. Now that Mystikal’s out of jail, fans may see him attempt to release more music, or he may simply lay low after his crimes. Two years ago I remember Pharrell sayin that he got some crazy stuff ready for Mystikal when he’ll come out of jail!

According to reports, rapper Mystikal is out of jail as of today, January 14, 2010. The rap star was imprisoned due to forcing his hairstylist to have sex with him several years ago, as well as an extortion charge. He initially denied the assault crime, until a videotape of the incident was discovered at his home. Mystikal plead guilty to the charges he faced in 2003, and then began a six year prison sentence in Louisiana State Prison system.

During his prison sentence, he was also charged and convicted of misdemeanor counts of failing to file tax returns for 1998 and 1999. Mystikal began serving his time after January 16, 2004. There’s been conflicting reports as to when Mystikal was actually released released though. Some radio reports have claimed the rapper was out as early as January 4th of this year. Mystikal made a call to New Orleans’ Q93 FM radio station to give his first interview since being released from prison. ‘Beeeeeeeen So Loooooong, Its Beeeeenn Onnnnn…’