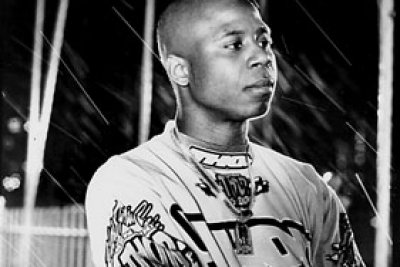 Doug E. Fresh has been exciting the crowds since he had a curly flattop and a Bally’s jacket — the man just doesn’t age. Not only does he remain a relevant performer 30 years later by touring around the globe all year ’round, but his younger peers are keeping his name on the radio by putting his moniker in their songs. “I’m coming up with new music, I’m in the best shape of my life, I’m real sharp, my energy is strong. I look at it as: I’m just following the energy. That’s how I sum that up.” Fresh is working on a slew of projects to keep up his momentum. “I’m looking forward to doing things with different artists. Me and Pharrell are doings some things. Teddy Riley, Timbaland, probably me and Will.I.Am. It’s gonna be nice, man. It’s a blessing. I’m going to bring in different people who can enhance the energy I’m coming with. I don’t wanna bring in people for name recognition. I wanna get them because the energy lines up. There will probably be some new artists on the project”