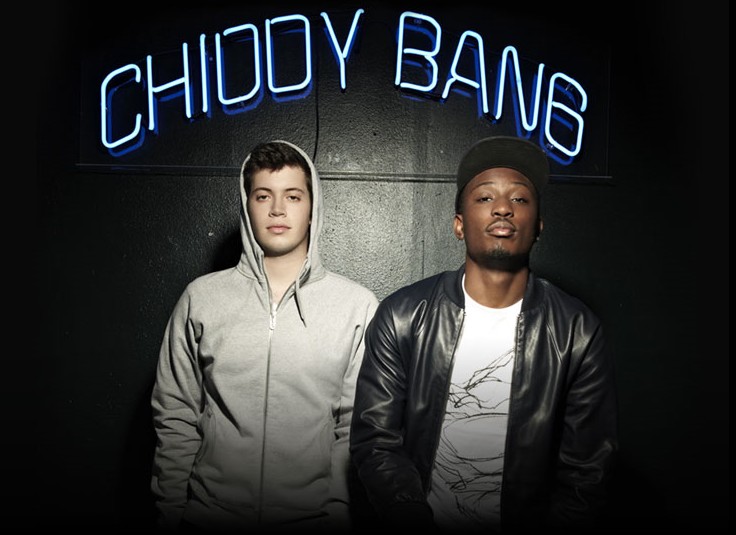 Chiddy Bang sat down with Gowhere Hip Hop’s gorgeous Jen DeLeon, where they talked about The Opposite Of Adults EP, the upcoming album, The Swelly Life, that will be released later this month and they also confirmed that Pharrell, Q-Tip, and Killer Mike will be on the The Swelly Life album at 03:10. The Swelly Life is due August 24th.


Updated: July 14th
Chiddy Bang Working With The Neptunes
According to Antimusic.com, Pharrell & Q-Tip have worked on Chiddy Bang’s debut album, The Swelly Life among others. Chiddy Bang will make their US festival debut at Lollapalooza before heading to the UK for the storied Reading and Leeds festivals. In between tour dates they will be performing with the likes of B.o.B and Kesha at various radio shows throughout the country. Prior to their first US tour, Chiddy Bang completed a 20 city United Kingdom headline tour, as well as various shows across the US with Passion Pit, The Clipse, Kid Cudi and Three Six Mafia. Chiddy Bang’s debut album, The Swelly Life, will be released on August 24th through Virgin Records/EMI Music.

Currently in the finishing stages. For up to date, confirmed information on the EP and upcoming album, tours and club appearances please visit www.myspace.com/chiddybang or visit www.emimusicpublicity.net. Chiddy Bang is an American alternative hip hop band from Philadelphia, Pennsylvania consists of Chidera “Chiddy” Anamege, a.k.a. Proto, and Noah Beresin, better known as Xaphoon Jones. Both 19 who met at Drexel University, in Philadelphia, PA. Their sound is based on the fusion of hip hop and unique sample choices from alternative leaning artists such as Radiohead, Sufjan Stevens, Passion Pit, and MGMT.