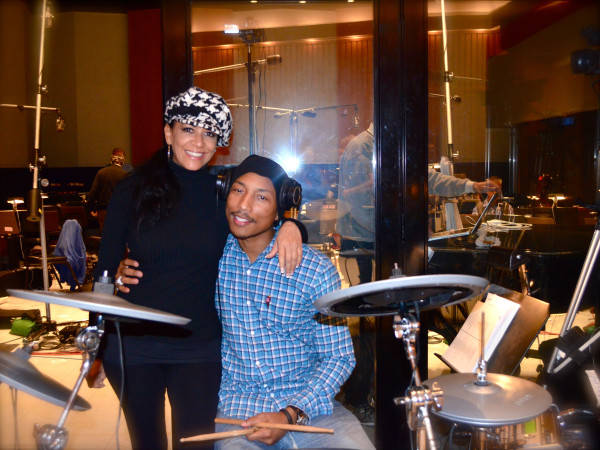 Sheila E. has been in the studio with Pharrell probably for her seventh studio album. Sheila Escovedo (55), known by her stage name Sheila E., is an American drummer and ground breaking and influental percussionist. She’s best known for her work with Prince, George Duke and Ringo Starr in the past. I’m Really looking forward to this collaboration because both of them are great drummers and percussionist, remember 2001 when Chad Hugo has been talking about doing a Jazz album but it never got finished, instead some of the tunes from that session has been used and re-used for other artists, I wanna see this Funky/Experimental Big Band/Charanga/Structured Improvisation Jazz collaboration. “In the Lab with Pharrell getting ready 2 throw down” Thanks to nerd0016.