The 84th Academy Awards are finally tonight at Central European Time (CET) (Madrid/Paris/Berlin) Monday, 27th February 01:00 AM, so make sure to watch it, because as you know already The 2012 Academy Awards have tapped Hans Zimmer and Pharrell Williams as Music Consultants. Oscar-winning composer Hans Zimmer and Grammy-winning hip-hop artist and producer Pharrell Williams have been set to supervise the music for the awards show. With many of the winners appearing pre-ordained, one of the biggest mysteries about this year’s Oscars is the actual run of the show, especially the music.Though there are only two nominees for best song, the show’s producers, Brian Grazer and Don Mischer, apparently decided against having them performed (this despite some intense Twitter lobbying by Judd Apatow, a fan of “Man or Muppet”).

The musical consultants for the show, the composer Hans Zimmer and the hip-hop producer and performer Pharrell Williams, have also remained mostly mum about what they’re planning, though Mr. Williams allowed that the experience had been “awesome.” “It’s too exciting to be stressful,” he added on Friday night, at Vanity Fair’s party for Martin Scorsese at the luxe Hotel Bel-Air. Without song performances, the music at The Oscars is mostly notable when the orchestra plays winners off mid-acceptance speech. People hate that. “Yeah, well, we’re going to try our hardest not to do that this time,” Mr. Williams replied. Really, they’re going to try not to play people off? “Yeah,” he said. You heard it here first, nominees: feel free to go on and on. Thank your agents, managers, high school drama coaches and God (or Harvey Weinstein). The orchestra will wait (for a while, anyway). 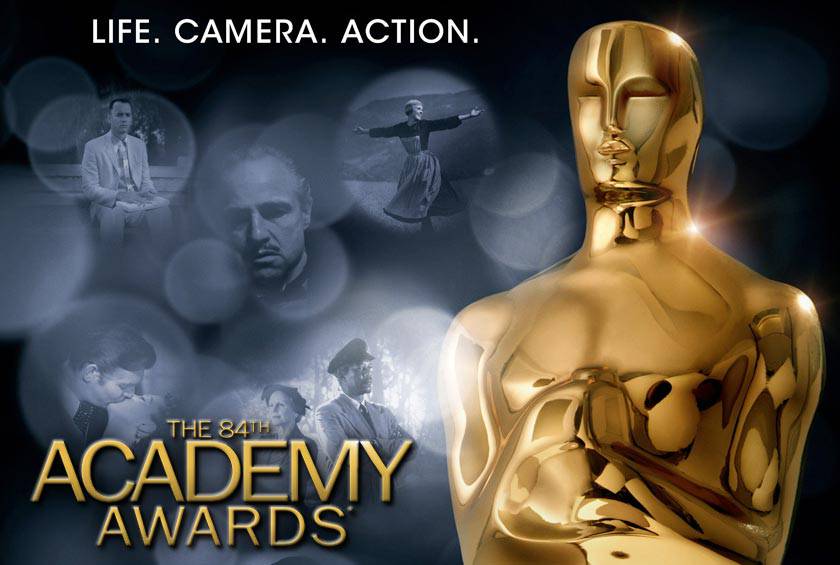 Mr. Williams, who was trained in classical percussion as a student – he played the drum in his high school orchestra – and Mr. Zimmer, who worked together on the 2010 animated film “Despicable Me,” have said that their score for the telecast will borrow from hip-hop and classical music, and a lot of other genres. “It’s diverse and international in the way that only musicians can be,” Mr. Zimmer told The Los Angeles Times, adding: “You might see some odd faces in the orchestra.” Will one of those faces be Mr. Williams? Will he pop up in the pit? “I’m not supposed to tell you,” he said, grinning slyly, but he added: “I will be playing.” For the whole 84th Oscar Academy Awards Nominations List, click Here. The 84th Academy Awards ceremony is set to take place on February 26/27, 2012 at the Kodak Theatre in Hollywood, California, Central European Time (CET) (Madrid/Paris/Berlin) Monday, 27th February 01:00 AM.