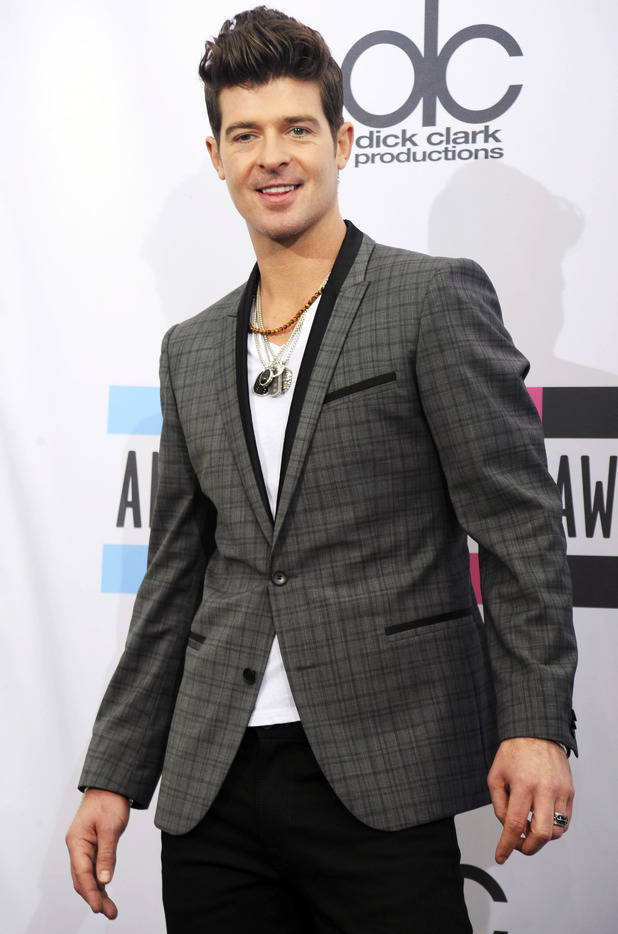 By Lara Martin. Robin Thicke has said he wanted to be as honest and helpful as he could while mentoring on The Voice. The musician will serve as a guest mentor for Adam Levine’s team on the second season of The Voice, which currently aired Monday nights on NBC. Speaking to social media correspondent Christina Milian, he said: “I see these blossoming, beautiful people and you realise this could change their life. I don’t want to take them for granted or them to take this for granted. “This show is an opportunity for them to make their mark and I feel it’s my job to be as honest as I can and be as helpful as I can.”

Thicke told Milian that he is a big fan of The Voice’s format because it is based on vocal talent first, saying: “[I like] the opportunity that it gives young singers, and it’s based on their talent vocally first as opposed to how hot they are or how great their fashion is.” He said he was approached to serve as a guest mentor by Levine, saying the pair have performed together and also play basketball. During the interview, the singer also spoke about his upcoming album Love After War.

“It has a lot to do with the wars we all fight internally to get over our fears,” he said. “Like what we’re seeing here [on The Voice]. “And when I saw my lady have to go through a pregnancy and have a baby and become a mum, I became more compassionate and sensitive in a way to women. I thought I was compassionate before, but now I truly understand how hard it is to go through that experience. It’s why men aren’t allowed to do it! “This new album is really just an ode to the greatness of women and how it is to be a mum.” Make sure to cop the album now on iTunes or Amazon.