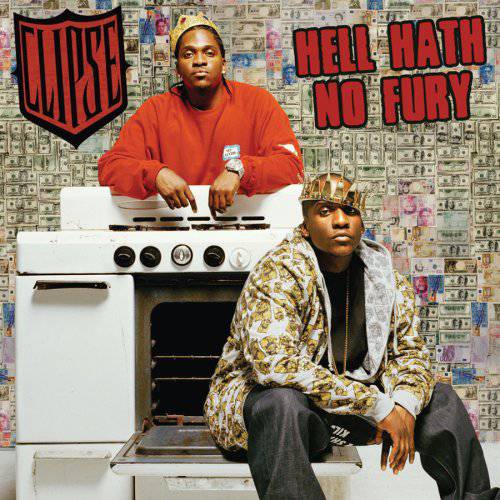 Complex Magazine is celebrating 10 years in the game and yesterday they released their list of the Top 100 albums of the Complex Decade (2002-2012). Coming in at #60 was The Clipse album “Lord Willin” ‘No high school lunch table was safe 10 years ago. There was bound to be someone that would attempt to reproduce The Neptunes‘ vicious “Grindin’” beat on it. Pharrell Williams and Chad Hugo’s gleaming soundscapes paired with Malice and Pusha T’s crafty coke raps is still one of the best marriages in hip-hop a decade later,”

Followed by “Hell Hath No Fury” at #10. Pusha T and Malice had something to prove. All but written off by the game that welcomed them less than half a decade ago, the Clipse hit the studio with The Neptunes to craft a measured meditation on the pitfalls of success—What happens when your main hustle is taken away from you? How to manage when your back is against the wall and those who were supposed to be on your side suddenly turn against you? It’s enough to give one nightmares, but these guys turned it into beautiful music.