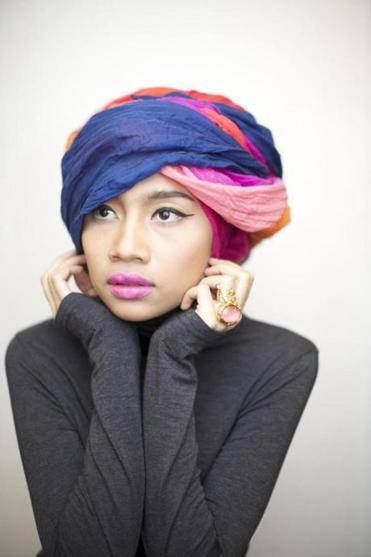 Here is a very nice article about Yuna by Bostonglobe.com, check it out below. By Siddhartha Mitter. Yuna came to the US to play the many English songs she had written. Yuna didn’t have to come to America. Things were going just fine for the young singer-songwriter back home in Malaysia three years ago, when a Los Angeles artist management company started courting her on the strength of the songs she’d posted online.

She had parlayed MySpace popularity into a budding career, garnering TV appearances and winning local music awards. She had earned a law degree, and she was getting set to launch a fashion boutique. So when faced with the unexpected prospect of setting all that aside to start from scratch as an unknown in the United States, Yuna understandably hesitated.

What tilted the balance, she says, wasn’t America’s inherent appeal, but the chance to use all her material. “I wasn’t sure,” she says. “I was doing really well in Malaysia. But I felt this might be good for me, because I had written a bunch of English songs. In Malaysia you can only get by doing Malay music. I had about 40 songs in English, and I didn’t want to waste them.” Today, Yuna, 25, can feel satisfied that she has put her material to work — and more. Her first international album, titled simply “Yuna,” is out on the Fader label. It’s a carefully crafted introduction with a passel of hitmaker producers on board, among them Pharrell Williams.

And after some selected gigs in New York and Los Angeles, Yuna is on her first-ever tour, rambling across America with the British soul-pop act Graffiti6, for whom she is opening. They hit Brighton Music Hall tonight. The tour is an eye-opening experience, Yuna says from the bus on a highway en route to Detroit, and not just because she’s not getting enough rest. “It’s tough to get sleep, but it’s cool to travel and see America,” she says. “People are coming up to me saying, ‘I love your music’ — and you’re in Milwaukee!” With her Southeast Asian origins and her funky-yet-modest style, emblematized by the colorful wraps that always cover her hair, Yuna has what it takes to appeal to the growing demographic of children of immigrants and fellow Muslim youth. But she’s finding on tour that she’s getting love from a much broader swath of listeners.

“It’s just like, random people!” she says. “Of course Malaysians come and see me, and invite me to dinner. But it’s local Americans who come to my show, they have my CD, they want to get my signature — it’s cool, I was so surprised!” She needn’t be too surprised, though. “Yuna” is a sleek collection of appealing, mostly sunny, pop music that keeps one foot in the coffee shop — in line with her indie Malaysian work — while poking a couple of toes onto the club dancefloor. With four producers at work, the record is more eclectic than edgy; the haunted, trip-hoppy opener “Lullabies,” for example, gives way to the mild alt-pop of “Favourite Thing.” An insistent ukulele sample makes “Bad Idea” a love-or-hate proposition, while the single “Live Your Life” is pop mastery, a lush, remix-ready track with a groovy little conga rhythm under soaring orchestral effects.

Crafted by Pharrell, “Live Your Life” is the one that pushed Yuna the furthest from her comfort zone, she says, and she’s happy with the result. “I remember going to the studio and I thought he was working on a project for another artist,” she says. “He’s asking, ‘Do you like it?’ I said, ‘Yeah, who’s it for?’ And he said, ‘It’s for you, silly!’ ” With a voice that’s on the softer side yet still assertive, Yuna navigates these sounds elegantly, so the record maintains a coherent feel. It invites comparisons at different times to Corinne Bailey Rae, Norah Jones, Fiona Apple, or Feist. Poke around her earlier work, in English and Malay, and you might catch a little Tori Amos vibe. And Yuna’s cover of Nirvana’s “Come As You Are,” with its much-viewed video, shows her core sensibility as a rock chick — with both respect and critical distance toward the genre’s totems — who happens to come from Malaysia.

Indeed, Yuna says, despite the saturation of local pop and bubblegum imports from the US or Korea, there’s an indie scene in Malaysia that is producing songwriters through a mix of online exposure and coffeehouse-style gigs. “My first show was at a small jazz bar,” she says. “I had a couple of songs on MySpace, and this guy ran an open mike. Once I had a few thousand fans, I decided to record an EP. It wasn’t a plan or anything. It was just me trying to give back to my fans.” Though she’s been living in Los Angeles since 2010, Yuna isn’t neglecting her Malaysian fans. She engages them with contests — to submit suggestions for her videos, for example. “I have a bunch of projects back home,” she says. “I’m multi-tasking!”

Among them is her fashion venture, a boutique and online shop called IAMJETFUEL. “That’s my baby!” she says. The name comes from an online handle she used for a while, after a friend commented on her drive, saying she must run on kerosene. She buys the clothes and accessories, but she says she hopes to try her hand at design. For now though, Yuna is content touring America as an opening act, confident in the promise of her ventures on both sides of the Pacific. “My mission from this tour is to get as many new fans as possible,” she says. “It kind of feels like starting from scratch — it’s the start of something new and exciting.”