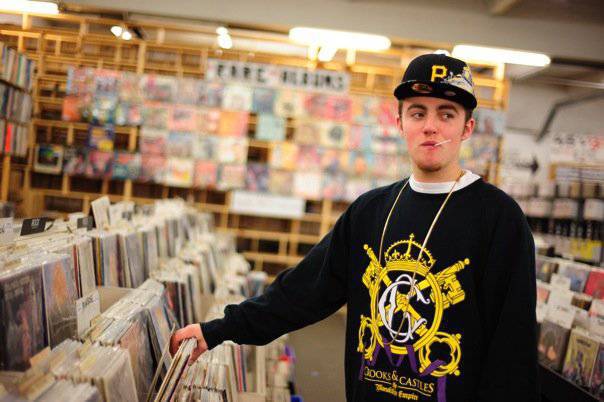 With the massive viral-success of Mac Miller’s debut album, Blue Slide Park resulting in a #1 spot on Billboard’s album charts, fans immediately began wondering what the new found rap-star would come back with next. Well, MTV News is here to help get that very question answered. “Pharrell Williams and I are doing an EP together, called Pink Slime!” says the 20 year-old Pittsburgh native rapper. “I was so surprised he wanted to do this, cause I was like, ‘Wow, man, you really want to do this with me??’ and he was like ‘F*ck yeah!'”

“We’re really launching this Pink Slime as a brand, you know? We’re going to do clothes, and music. He has some ideas to do some other sh*t. I don’t think he wants me to tell, but he has some ideas to do some big things.” What can fans expect? “Well, one track leaked – we leaked it, called ‘Onaroll‘, which is a play on ‘honour role’ and ‘on a roll’, for those of you who know what that means, he’s all about making these f*cking bangers, you know?” “We’ve got this song called ‘Glow‘, it’s nuts. He’s gonna be pissed I’m dropping song titles so early, but, be ready man, there’s going to be a lot of cool music.”

When asked why he think Pharrell was drawn to him, he reveals it’s because Williams felt he was misunderstood. “I feel like he thinks a lot of people kind of see me in the wrong way, a lot of people don’t really get it, he was like ‘I just want to help you show the world just how talented you are, and like what you’re about.. He was like ‘I want them to see what I see’, and I was like ‘Really???'” So, what is his favourite Pharrell or Neptunes beat, of all time. “That’s a good question, ‘I’m a hustla baby, I just want you to know!'” he sings with a laugh, referencing Jay Z’s Just Wanna Love You (Give It To Me) on which Pharrell was featured. “That’s my sh*t!”