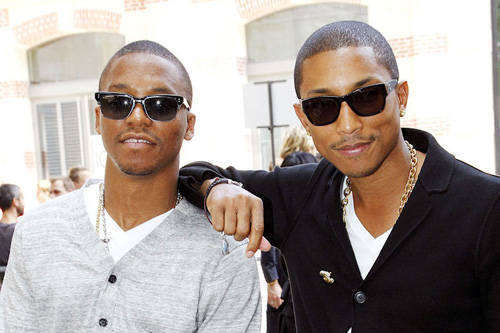 Lupe Fiasco has been interviewed by CNN, where he revealed some new information about the upcoming Lupe/Pharrell album. “All City-Chess Club, a superband made up of Lupe and seven other rappers, will be a mixtape-only outfit, he said, and he’s unsure what the future will hold for Child Rebel Soldiers, his venture with Kanye West and Pharrell Williams. To quote Lupe on CRS, “Ehhhhhhhhhhhhh.” As for the rumored studio collaboration between him and Skateboard P, he says it’s a coin toss. “That’s in the incubator because we definitely talk about it. It definitely came up, but it’s kind of like 50-50, but definitely a good strong 50 on the yes side – weak 50 no, a strong 50 yes,” he said.