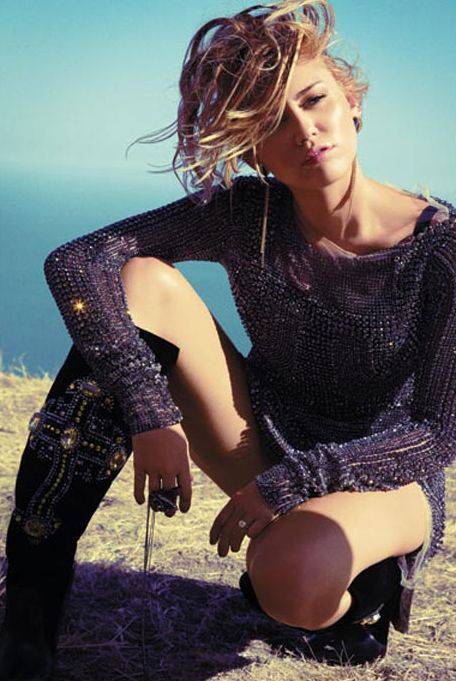 After Miley’s highly publicized Salvia incident — where the world watched her smoking the legal hallucinogenic — hip-hop producer Pharrell Williams reached out and asked Miley to work with him! Talk about a silver lining! In the September issue of Marie Claire, Miley Cyrus talks about working with famous rapper and producer Pharrell at his studio in Miami. “It was magic,” she says. After the Salvia scandal, “Pharrell said, ‘Don’t be offended because this is how I talk, but [I thought], That b**ch is actually living. She’s not sitter there with her Momager’s chain on her door. I want to free that bitch. I want her out of her cage,’” Miley said. 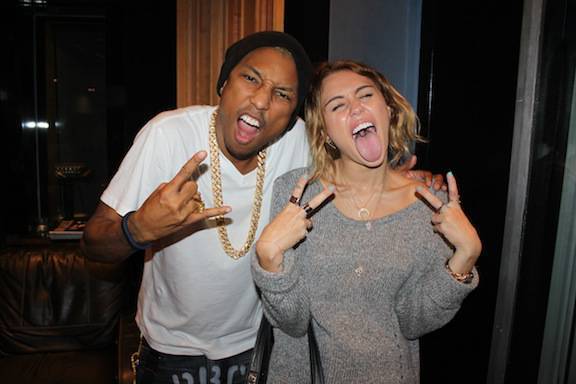 She recorded music with him during four weeklong stints at his studio in Miami. “I’d never worked like that before. I was talking to him like he was an older brother, and everything I said was going onto the track. [I told my new manager, Bruce Flohr], ‘I don’t need the money. I don’t care if I make a dime on this. Let me make a good record.’ I got in there with Pharrell, and it was magic. Oh, dude, I’m so happy.” The songs on Miley’s upcoming album are large autobiographical. We can’t wait to see a new side of Miley! Although this is the first time they have worked together, they have admired each other for years. ”Pharrell saw me dancing to Madonna songs on YouTube when I was young and [at the time] said, ‘I see something in her.’ This year, we made a record together and it was magic.”