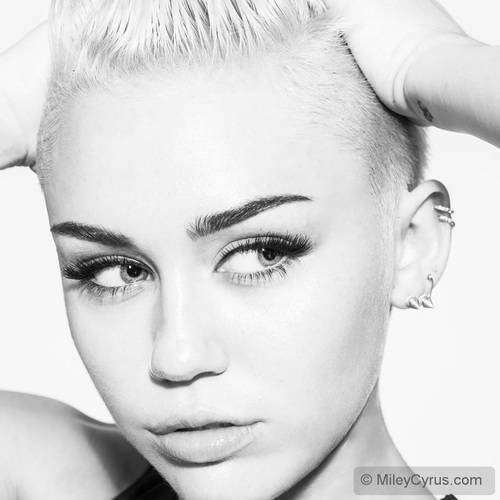 Miley Cyrus has revealed that she has spent the last few months in the studio working on her new album. The singer told Billboard that she had got into a “groove” where she just wanted to spend her days making music. “I’ve been writing and working on my record,” she confirmed. “It’s a good life to live… I can see how people [like Lil Wayne] just make mixtapes constantly, because you get into like that groove where you’re just like ‘I don’t want to get out of my pyjamas today, but I want to go to work. I want to make sick music’,” she explained. “So you just go to the studio, hang out, chill and write. It’s so rewarding waiting for those mixes,” she continued. “You sit by your phone until everyone’s done mastering and stuff. It’s such a fun process.”

Cyrus revealed that the recording process for her forthcoming LP has been a little different to her usual routine. “I’ve been in so many sessions, just bunkering down, working really hard and perfecting everything,” she said. “I’ve never really had time to do that – to like have my record kind of done, and just sit there and make it until it’s perfect – so it’s been really, really fun “This whole year, that’s all I’ve really kind of dedicated life to,” she added. “Wherever I’ve been, I’ve found a studio home.” The former Hannah Montana star said that she hopes to have a single out “by the end of this year”, but admitted that she is currently meeting with labels and “just enjoying making the kind of record [she wants] to make”. “[I like] knowing that I know what I want to do and who I want to be really strongly before anyone else comes into the equation,” she explained.

“I just want to make sure it’s exactly what I want first.” When asked about the feel of the album, she said: “It’s all really different. I’ve been working with some really great producers – last week I was with [production duo] Da Internz… it’s been really, really good to work with them.” Cyrus also revealed that she had been into the studio with Pharrell Williams. “[He’s] like the dopest person on the planet,” she said. “He really is just so insane and he’s become just like family. I’ve never met someone where it’s been kind of like deja vu, you feel like you’ve known them before, [but] that’s exactly how our first session was. “I had gone to new labels, new management… all these big changes,” she continued. “To find him and something that felt really familiar was really, really good.” Cyrus recently took to Twitter to tell fans she wanted more “passion” in her life. She denied the tweets were in reference to her relationship with fiancé Liam Hemsworth, who she has been with since 2009.