NASA’s Associate Administrator of Education and former Astronaut Leland Melvin recalls when he applied to the astronaut program. He had family members telling him he couldn’t be an astronaut, but his dreams surpassed any obstacles that stood in his way, and Melvin made it happen. “Don’t let anyone keep you away from your dreams, not even your own family,” Melvin said. “And definitely don’t let yourselves keep you away from your dreams.” Melvin told this story to more than 900 middle school students and parents at the From One Hand To Another (FOHTA) Summer of Innovation (SOI) graduation and awards ceremony. The ceremony, held at the Westin Hotel in VA. Beach, celebrated the students who participated in NASA Langley’s Summer Of Innovation Camp which is meant to inspire students to pursue science, technology, engineering and math (STEM) education. Those who partnered with NASA and FOHTA were Revlon, Crestline Hotels, VA. Beach Mayor and City Council, VA. Beach Parks and Recreation, and many others. 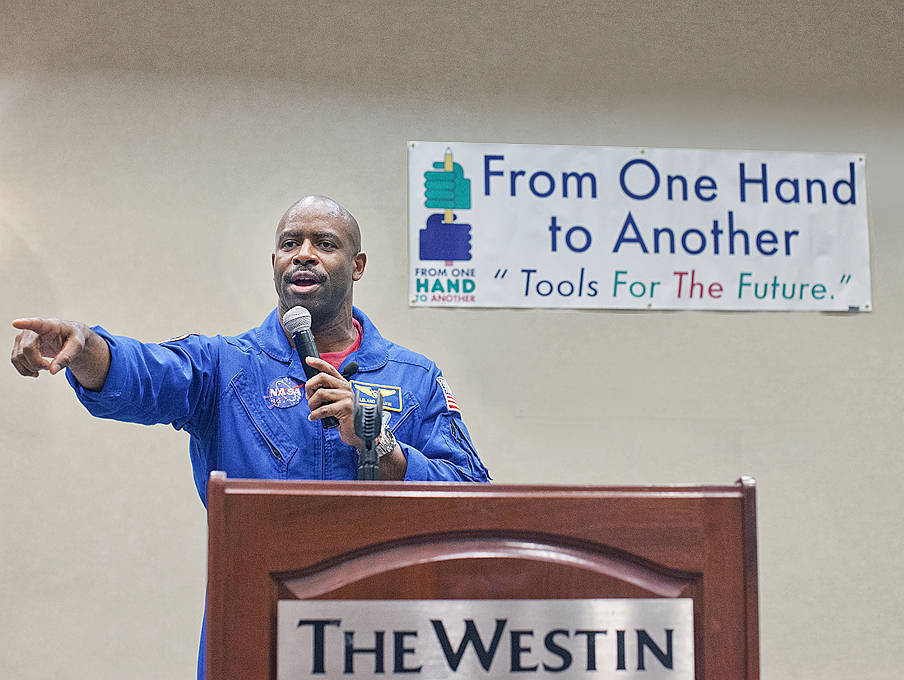 Recording artist and three-time Grammy Award-winning producer Pharrell Williams, who established FOHTA, took his hat off to the students because of their choice to choose education this summer. “In order to do things in life, in order to build yourself a foundation, you need tools,” Williams said. “And the number one tool that will get you out of any and everything is education.” For Williams, love and education go hand-in-hand. “Education is something that you should fall in love with because it is the gift that will continue to give back to you over and over and over again,” Williams said. “You’re off on an incredible journey ahead of you, and it’s all fueled by education and it’s free.” During the ceremony students earned various awards, including motivation achievement and public service announcement awards. Long after the ceremony, the hope is that the students continue to be inspired and motivated by STEM and NASA achievements. 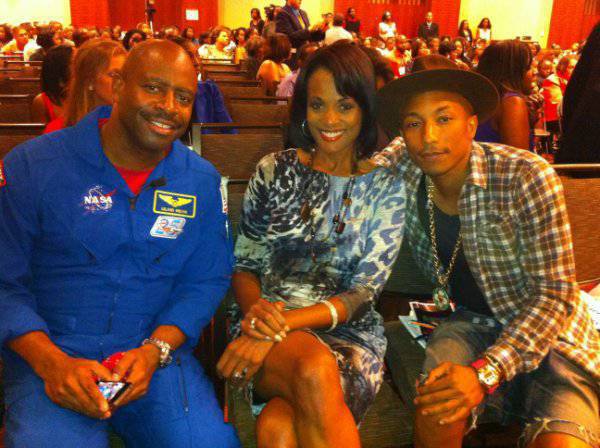 “How many from Virginia Beach one day will be walking on the Moon?” Melvin asked. “How many of you want to go to Mars one day?” He went on to explain how, right now, NASA’s Mars Science Laboratory Curiosity rover is sitting on the Martian surface “because of creativity, innovation and curiosity.” In the future, it could be one of the students. “I pose a challenge to one of you in this room,” Melvin said. “I want you to be the next astronaut from Virginia.” Even if it means failing. “It’s not that you failed; it’s what you do after you fail,” Melvin explained. “You pick yourself up and you keep going.” NASA Langley’s Summer Of Innovation Camp is one step in the right direction for VA. Beach students and each should be proud of their accomplishments. “You should give yourselves a hand,” Williams said.