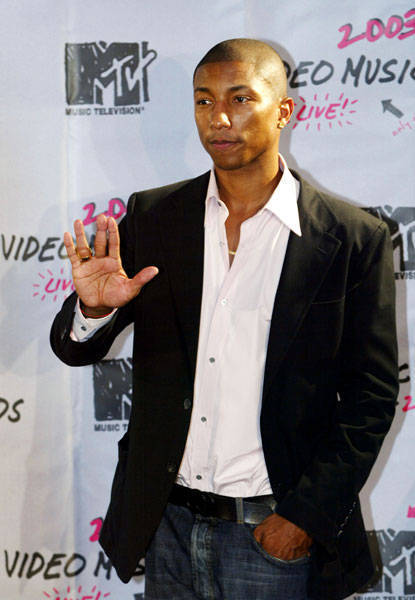 Big News right here! According to hitsdailydouble.com, Pharrell is planning another Solo Album for Columbia Records, check out the article. “One beneficiary of this breakthrough is Pharrell Williams, who appears to be on the verge of finally becoming the big star that many believed he could be years ago, the dual result of his lead vocal appearance on “Get Lucky,” which he co-wrote and co-produced, and on Robin Thicke’s concurrently breaking “Blurred Lines,” which Williams wrote, produced and appears on.

Belatedly or not, Williams (who’s managed by Ron Laffitte) is on the verge of having his most significant career moment. The multi-talented veteran, who was also signed to Columbia by Stringer and Newton, is working on a solo album for the label. Chances are, it won’t be long before the former N*E*R*D leader is selling records under his own name.” Thanks to ephemeral.