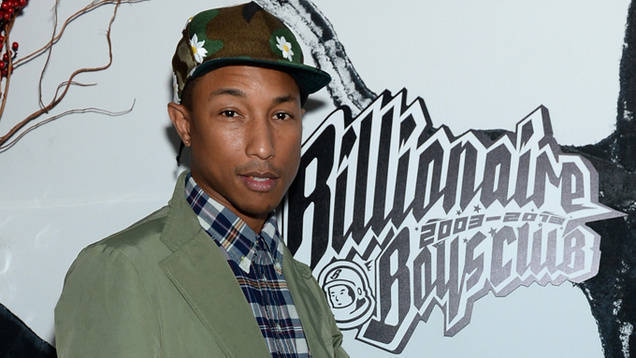 Pharrell Williams‘ fashion empire has been built quietly but confidently over the past decade. The chart superstar celebrated the tenth anniversary of his Billionaire Boys Club brand and it’s more affordable action-sports line Ice Cream in New York on Tuesday evening. Present at the event was hip-hop royalty Jay-Z, who has recently teamed up his clothing company Roc Apparel with Pharrell’s niche streetwear brand. Pharrell has adopted a low-key approach to building his two lines, the results of which can be seen in the way sales have rocketed over the past decade.

“We don’t do those things loudly, we just do them proudly,” Pharrell told WWD at the event. The partnership with Jay-Z’s company means manufacturing can increase on Billionaire Boys Club. Pharrell will also be expanding into other areas like footwear, accessories, fragrance and eyewear. The star is hesitant to classify the label as being any one style. “I would never argue with anybody if they tried to say that’s what we were,” he explained. “I’m just happy to exist. A label is a label. I’ve had everybody from Karl Lagerfeld to François Pinault wear BBC. We are whatever you want us to be.”

Pharrell explained why he has decided to go into partnership with Jay-Z. The rapper is a close friend who has similar creative ideas for where the label could expand. “We needed more hands to expand and to get us out there. We still consider ourselves a boutique mentality. I wanted to make sure more hands could touch what we are doing, but with sensitive and strategic calculated growth,” Pharrell explained. “We’ve been friends and he [Jay-Z] was an admirer of the brand since day one. It just made sense. It’s been cool learning how bigger companies work and what that means, all the while maintaining the authenticity of our brand.”