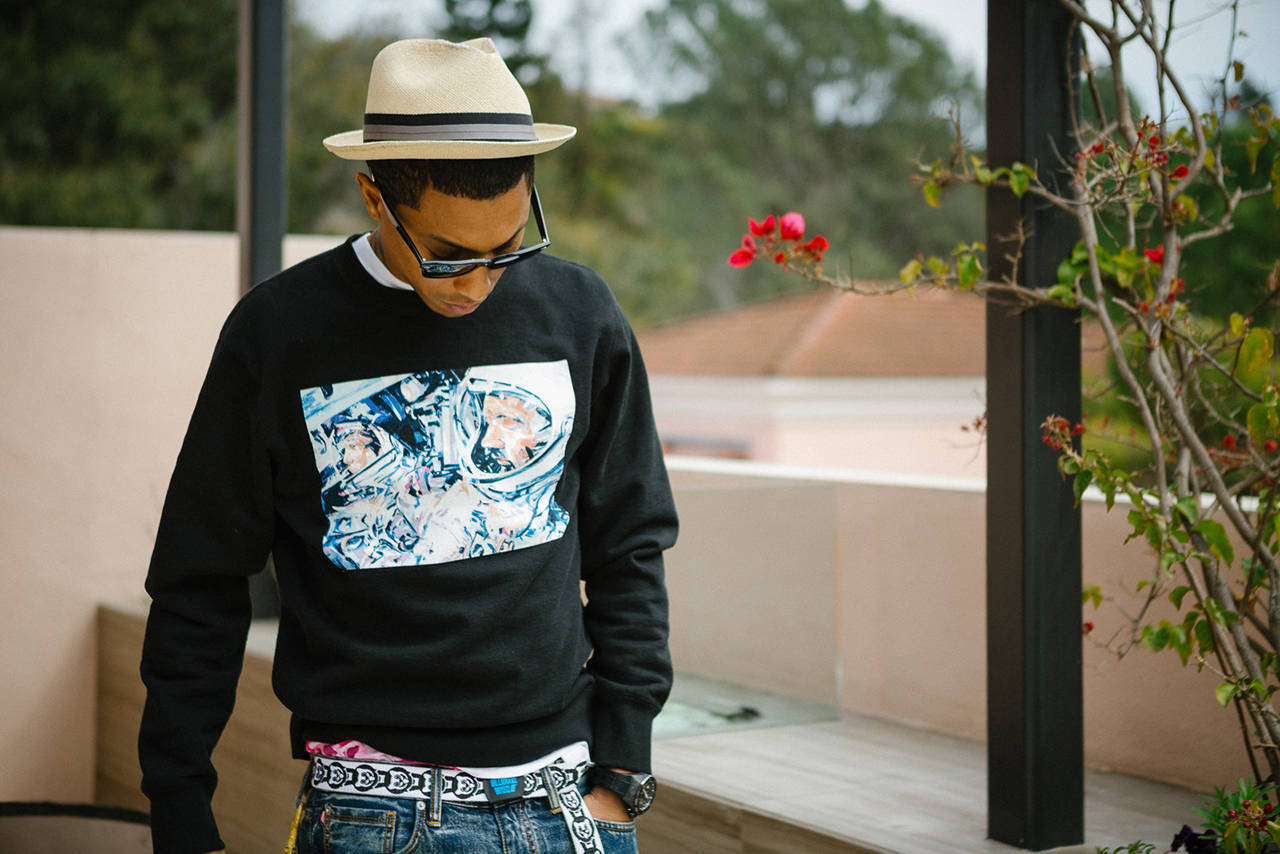 By Brenna Ehrlich. Skateboard P tells MTV News that scoring the music is his ‘life blessing.’ While Pharrell Williams is helping many adults get down this summer, he’s also lending his musical skills to getting the kids dancing too. The producer is returning to score “Despicable Me 2” after writing and singing tunes for the first animated flick in 2010. MTV News spoke with Williams on the red carpet at the “Despicable Me 2” premiere, where he called music his “life blessing” and expressed gratitude to producer Chris Meledandri for the opportunity to score another adventure featuring aspiring super villain Gru (voiced by Steve Carell) and his loyal minions. Pharrell teamed up with composer Heitor Pereira to produce the soundtrack and contributed three original tracks.

“I’m the luckiest dude there is,” he said. “They never needed to afford me the opportunity. Not once, but twice. What’s better than that? And you know I just feel like the universe is in a place where our species are just supposed to be happy and smiling again.” The soundtrack, which dropped earlier this month ahead of the film’s July 3 release date, is full of positive jams like “Happy.” “Happy,” with its accompanying lyric video, is a certifiable summer jam — a light-hearted, appropriately cartoonish romp that should have both kids and adults dancing through fall.

Skateboard P hasn’t been spending all of his time in never-never land, however. He also co-wrote, produced and sang on Robin Thicke’s single “Blurred Lines,” Daft Punk’s “Get Lucky” and Nelly’s “Get Like Me” with Nicki Minaj. Don’t think for a minute that Pharrell is “happy” with top-of-the-charts jams and a summer soundtrack, though; he’s also currently working on collaborations with Jay-Z, Beyoncé, Kendrick Lamar, No Doubt, Kylie Minogue, Busta Rhymes, Schoolboy Q, Jennifer Hudson and Miley Cyrus.