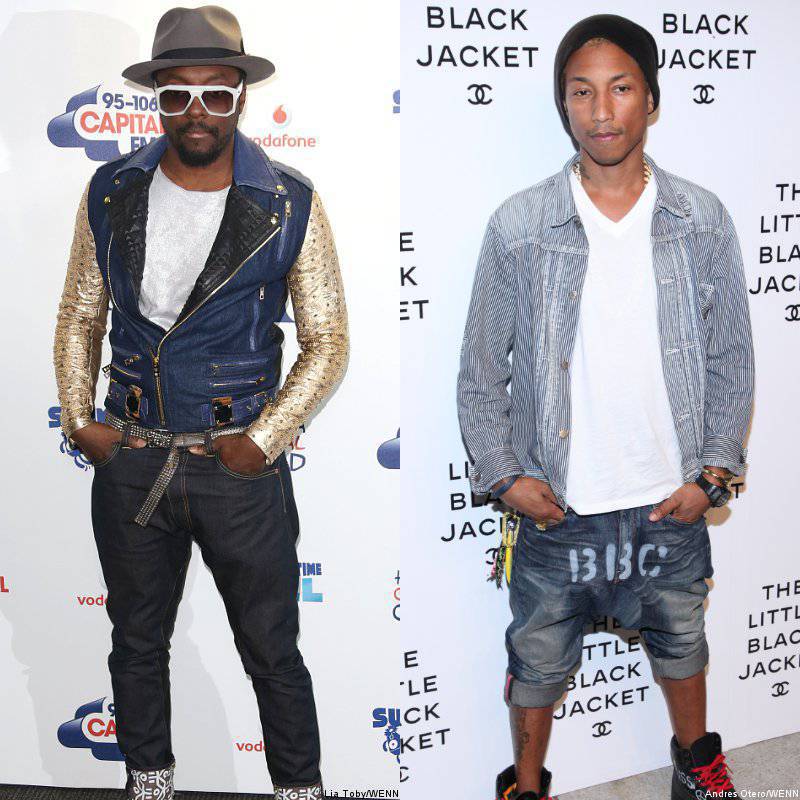 Earlier Pharrell Williams had released a statement saying he was “disappointed that Will, a fellow artist, would file a case” against him. The Black Eyed Peas singer has since tweeted to say that he was “never” planning on suing Pharrell over his new brand ‘i am OTHER‘. “I am not suing @Pharrell & I never was,” he wrote. Reports first suggested court documents had been filed by Will.i.am saying he owned the trademark to ‘I AM‘ and the two are “confusingly similar“. Will.i.am’s lawyer Ken Hertz has issued a statement to Newsbeat which, in part, reads: “will.i.am is not suing Pharrell Williams. What will.i.am has done is what any trademark owner must do to protect and maintain a trademark.

This is a run-of-the-mill trademark dispute that has been going on since late last year. “In order to avoid weakening or losing his trademark, will.i.am has an obligation under trademark law to monitor and defend his trademarks against confusingly similar marks. will.i.am has registered several trademarks, including ‘I AM‘, which is also emphasised in, and a significant element of, his professional name. “We think their proposed trademark is too close to our registered and common law trademarks. They disagree. “We hope to work out a sensible compromise that will allow both parties to move forward without unnecessary acrimony.”

We hope to work out a sensible compromise that will allow both parties to move forward Will.i.am’s lawyer Ken Hertz. Pharrell had released a statement saying he was sad with the way it was being handled. Making a play on the disputed words, he said: “I AM disappointed that Will, a fellow artist, would file a case against me. “I AM someone who likes to talk things out and, in fact, I attempted to do just that on many occasions. “I AM surprised in how this is being handled and I AM confident that Will’s trademark claims will ultimately be found to be as meritless and ridiculous as I do.” Pharrell Williams currently appears on the chart-topping Robin Thicke track Blurred Lines.

He also sang on the biggest selling single of the year so far, Daft Punk’s Get Lucky. Will.i.am has recently resumed his role as a coach on BBC One’s talent competition, The Voice. His act Leah McFall was the runner up to eventual winner Andrea Begley.“i.am not suing @Pharrell & i never was. what i.am doing is #iamHOME helping families keep their homes” Will.i.am tweets about his charitable work.