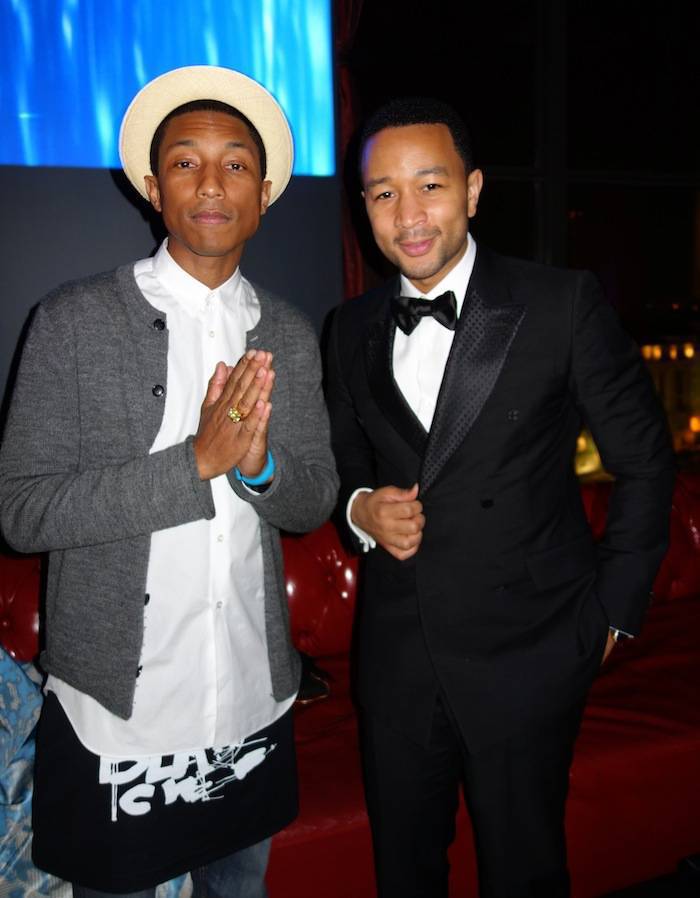 The singer recruits Pharrell, Q-Tip, Hit-Boy & More for upcoming album. With less than a month until the release of John Legend’s ‘Love In The Future‘ (Sept. 3), the singer says his soulful album is “wrapped up” and “ready.” During a private Google+ Hangout, hosted by Definitive Technology, in conjunction with John Legend’s partnership with the audio company, Legend shared with a select few (Billboard, VIBE, Stereophile, CNET, Today Show and CNN’s Mario Armstrong) that he started working on his fourth studio album after promoting his collaborative album with The Roots, “Wake Up!” (2010), and finished touring alongside Sade in 2011.

Besides “Love In The Future” executive producers Kanye West and Dave Tozer, John Legend called on producers Q-Tip, Pharrell Williams, 88-Keys, Da Internz, DJ Camper and Hit-Boy. Legend and collaborators spent “a couple weeks in Hawaii to focus on the arrangements,” with the intention of making “a beautiful modern soul album.” “After touring with Sade, I [started] writing. Me and Kanye talked about making this album as a definitive sound of soul,” he told Billboard. “We focused on making this album sound great. I’d write a song, send it to Kanye, Dave Tozer or the rest of the guys working on the album and they’d try different production ideas.”

As he preps for the album’s release, Legend is announcing his partnership with Definitive Technology to support its portable Bluetooth speaker, Sound Cylinder. “[I’m] someone who really believes things should sound the way the artist intended them to sound. Definitive [Technology] puts effort to make music sound great,” he said. “Definitive knows how to bring forth the beauty that the artist wants to convey.”

He continued to share that he uses the Sound Cylinder while touring and is currently having it, along with other Definitive Technology products, set up in his NYC residency. “We are about to move [in]to a place in New York, they’re setting it all up.” John Legend recently announced his collaboration with Chevy Impala. Chevy debuted an ad during Game 7 of the NBA Finals in June, created by Spike Lee’s ad agency Spike DDB, which highlights the 2014 Chevrolet Impala as well as his single, “Made To Love.” When asked how he decides who he partners with, Legend replied, “It comes down to me asking: am I proud to associate myself with this brand? With Definitive [Technology], we both care about great sound.”