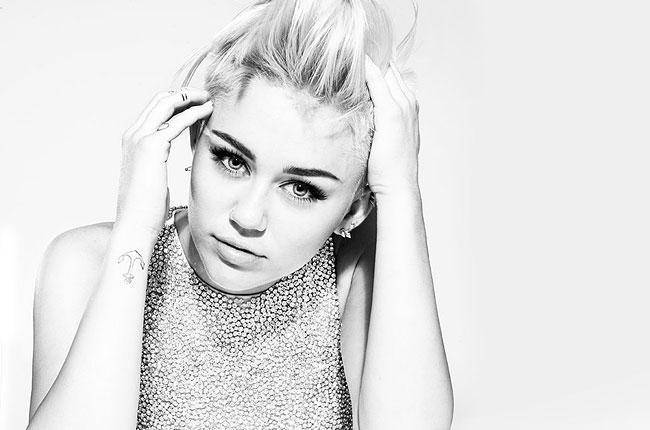 By Brenna Ehrlich. Cyrus reaches 13 million Twitter followers and unleashes her new title to the world. It’s been a long wait, but Miley Cyrus has finally hit 13 million Twitter followers and revealed the title of her next album, which is — drumroll please — BANGERZ! Nearly one month ago, Cyrus — inspired by Jay-Z’s epic Twitter Q&A — promised followers that when she hit 13 million followers (her lucky digits) she would reveal the title of her Can’t Be Teamed followup. After weeks and weeks of amassing followers, that day has come.

BANGERZ has yet to get a release date, but Cyrus has said she’s so pumped about the record, she’s considered leaking it online. “I scare my label all the time, because I just want my whole record out right now. I’m ready for people to hear it,” she told 4Music. Shortly following Cyrus‘ album reveal, the title track of the album, “Bangerz” allegedly leaked, reportedly featuring none other than Britney Spears. In the nine-second snippet a male voice repeats, “Strut that stuff” while Cyrus chimes in saying “F*** Bangerz” over an up-tempo-heavy beat.

It may not come as too much of a shock that Cyrus would tap Spears for a feature spot on her album since the “We Can’t Stop” singer recently revealed that Spears is one of her role models. “Everyone goes through a time in their life where they don’t want their picture taken every day. [Britney] just never had that time where she could say, ‘I’m going through something right now and need to shutdown,’ “ she said. “I also don’t have that, so it’s good to have that one person in my life who gets it.”

Pharrell produced the upcoming album, which also features Wiz Khalifa and possibly even French Montana. “It’s just gonna sound like her and her influences, but it’s not that hip-hop heavy,” Pharrell told MTV News. “That’s not what she does, that’s not where she comes from. It’s a part of what she loves, which is a very big difference.” So far, the world has been privy to one jam from BANGERZ, “We Can’t Stop,” which came complete with a wacked-out music video featuring a be-grilled Miley, giant teddybears and, of course, plenty o’ twerking.

“We set out to make something we would love and we did! Youth culture today is pretty hard to shock, isn’t it?” director Diane Martel told MTV News. “I don’t see this video as shocking, it’s creative.” Miley scored three VMA nominations for the vid, celebrating the triple nods by crawling through a filthy NYC subway tunnel in a VMA promo like the newly minted bad girl that she is. We’ll be watching Cyrus‘ Twitter for more updates on the elusive album including, perhaps, whether she’ll release this disc under just “Miley,” as a recent interview suggests.