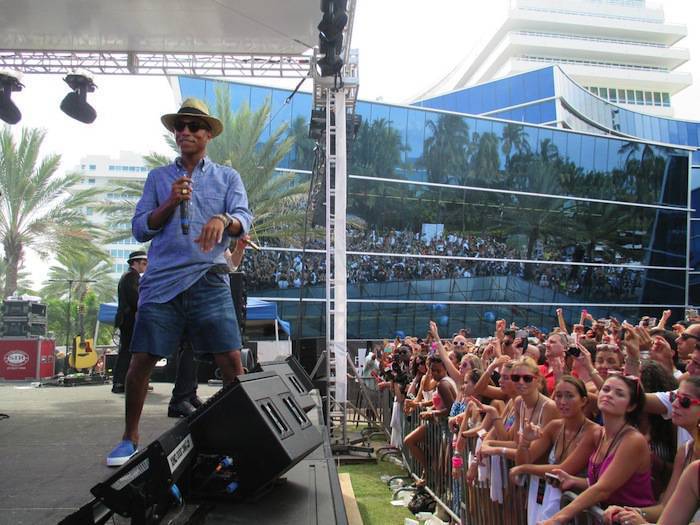 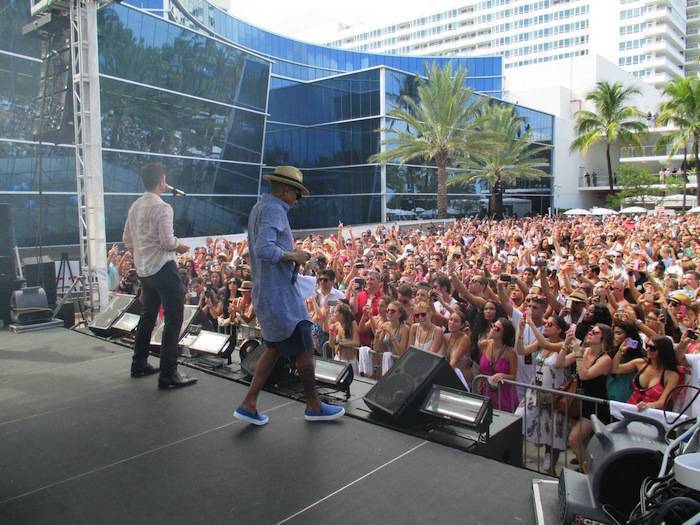 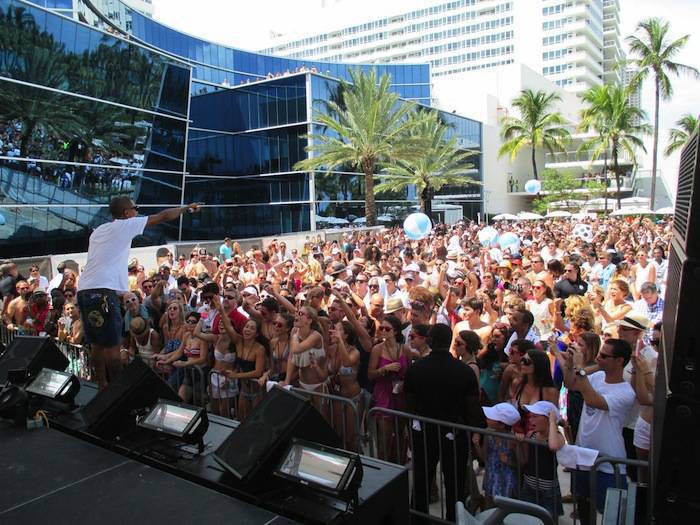 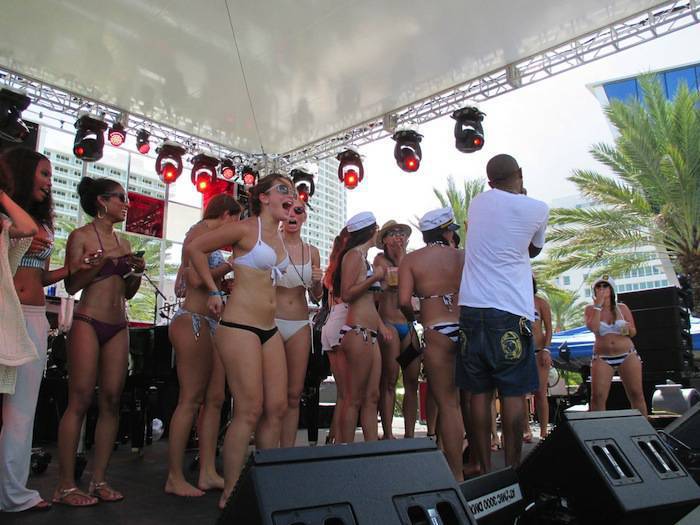 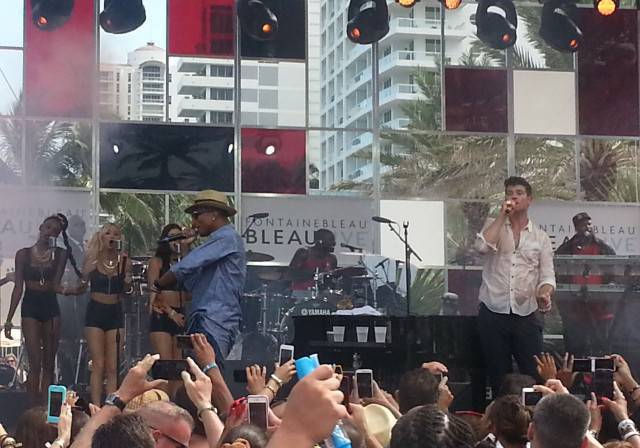 It was definitely a Sunday-funday at the Fontainebleau Hotel on this lovely, Africa-hot Labor Day Weekend. What made it different from every average day, was perhaps the Pharrell and Robin Thicke concert going down, on the North part of the campus? Oh, yes, I swear. So, were you unable to find tickets? Well that is because the concert was private, and only available to hotel guests and certain VIP’s including moi and moi’s entourage (we had our designated section in front of the stage, to the left). 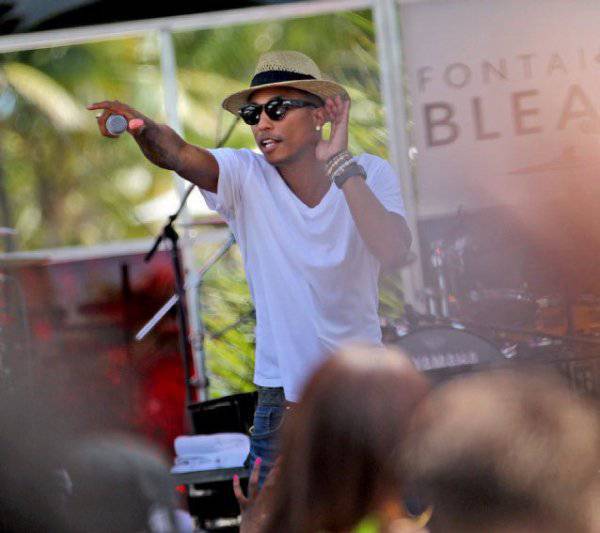 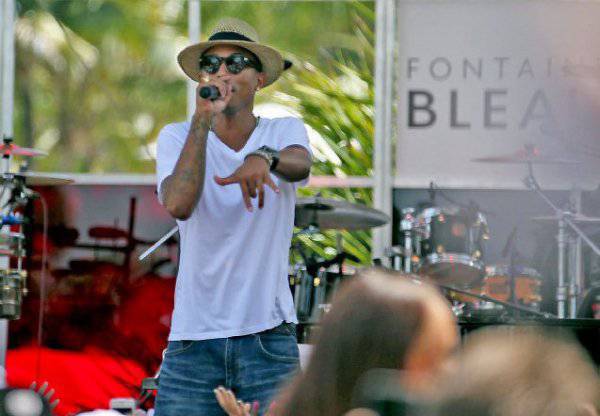 The crowd went nuts, it was priceless. Then came Robin Thicke, who performed like a champ. It was not his first time at the FB. He had a show alongside Mariah Carey at the FB opening party nearly six years ago, which to date, is one of the best, exclusive events I have ever been to in Miami. Today, Thicke sang with a major band and three glamorous back up singers, and belted out ‘Lost Without You’ and covered Al Green’s ‘Lets Stay Together’. Then for the finale, they performed their Top-Hit ‘Blurred Lines,’ and really, everyone went wild. The energy was a ten…. I guess it was all about the ten. I drank approximately ten bottles of Fiji water, and lost ten pounds of water weight. 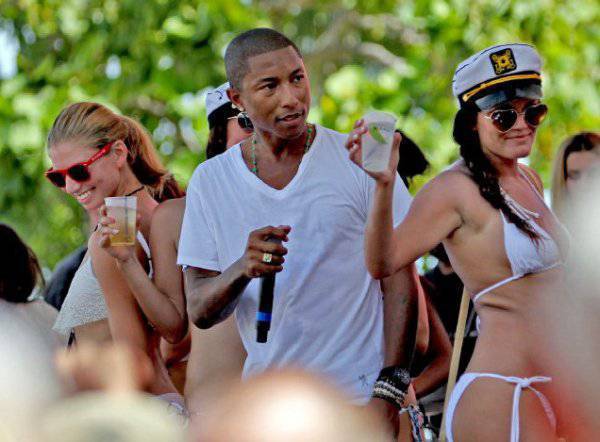 Post Fontainebleau, my clique walked on to the boardwalk and went next door to SoHO Beach House, where we sipped on some fresh Coconut Cartel juice with the proprietor, Mike Zighelboim. The perfect way to end a shvitzy Sunday, #hyrdation, and what is a SoHO House adventure without running into some fierce Miamians like Jilian Jacobson, John, Susan and Theresa Turchin, Kristina Brumer alongside Mike and Cris Weinberg. 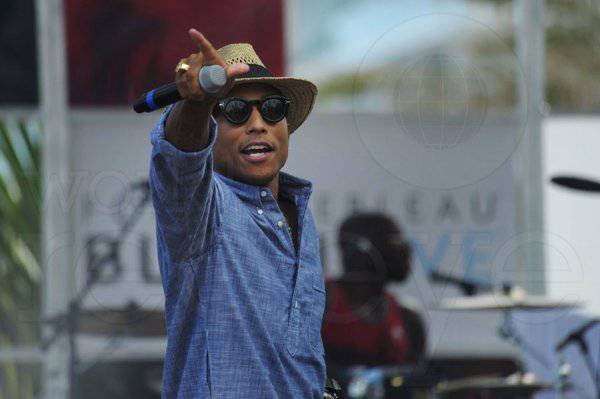 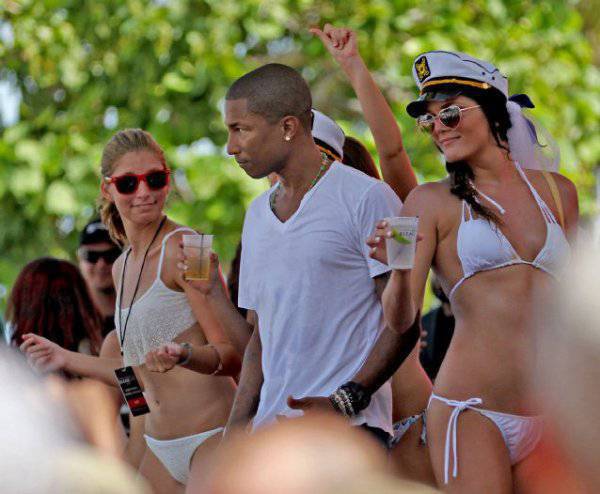