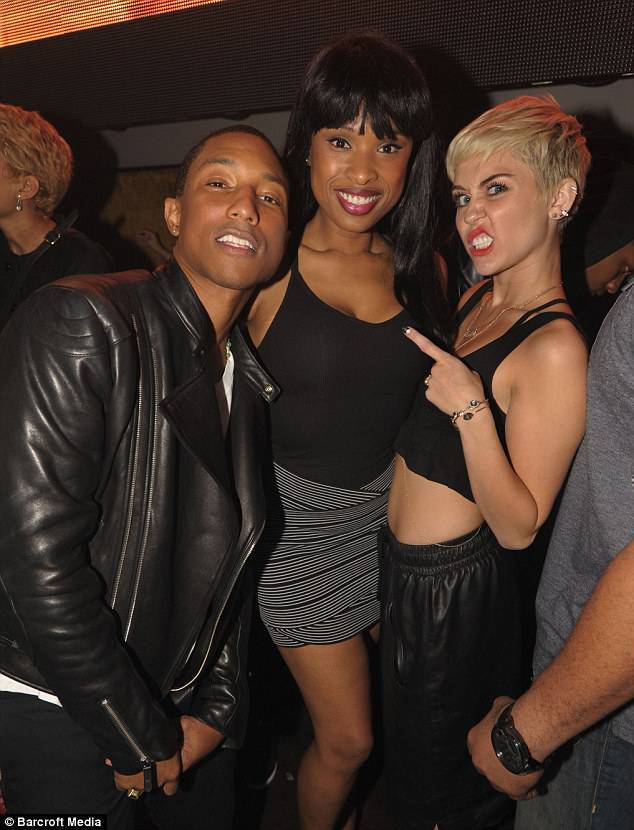 The Source Magazine sat down with Hudson to discuss her role and she also gave us some scoop about her upcoming album including working with Pharrell. She also spoke with DigitalSpy.com where she revealed that she already got Four Tracks by Pharrell and that they still working on the album. “[Pharrell] has done at least like four tracks for the album and we’re still going,” she said.

“I also love working with Timbaland. I’m a musician, and not just a vocalist, and they allow me to be creative.” The singer added: “Like one of my last sessions with Pharrell, he was like, ‘Wow, OK, you take over’. “Like, she knows exactly what she wants, and that will be the thing, rather than saying, ‘Jennifer sing this and sing it like this, and say it and say it like this’. He lets me put my spin and my perspective on it, as an artist and a musician.”

Q: You are also working on your new album. You just released ‘I Can’t Describe (The Way I Feel)’ Feat. T.I., which was produced by Pharrell.
Hudson: I’m working on my whole entire album as we speak and Pharrell and Timbaland are a huge part of this process. And Pharrell is leading the first single. And it’s more about just feeling good and I want people to get a sense of and feel my energy as a person through my music. And on this project, I said I don’t want to work with anyone who has not sat down with me and has gotten to know me. I don’t want you writing for who you think Jennifer is or the public persona of because that’s not who I am. It’s my shell, it’s the brand, it’s the celebrity, but it’s not the person. And so, that’s what I want my music to reflect and I call it Jennifer-izing. So, this music is more geared around, centered around who I am and my personality.

Q: And can you tell me about collaborating with T.I. on the lead single?
Hudson: Oh, I’m a fan of T.I. and I’ve always been a fan of T.I. and I just thought he would be perfect and since Pharrell produced the single and the song. And it has the same energy as a “Blurred Lines.” I’m not saying it’s “Blurred Lines.” And I thought it would be amazing to keep that same formula, you know, same producer, keep T.I. on there, you know, ’cause he gets that groove and he fit like a glove.