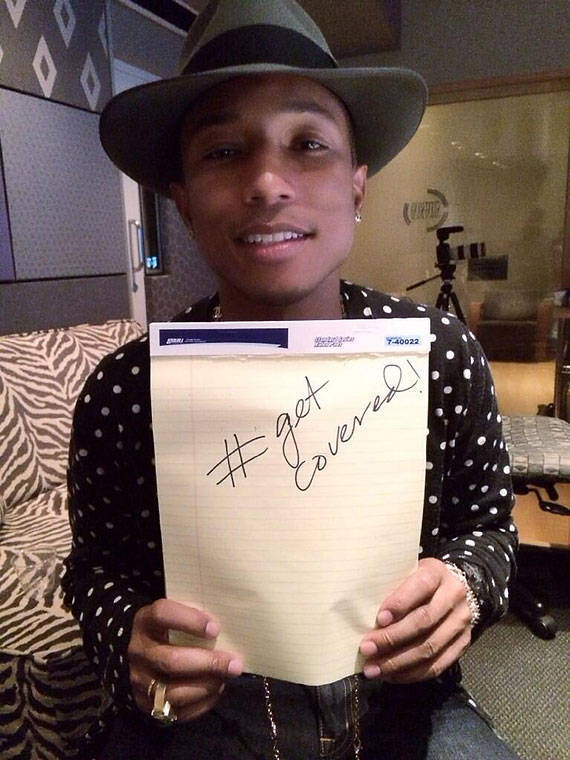 By Anna Edwards. It’s only been going for one day and has already been plagued by technical problems and a slow sign up rate. But at least President Barack Obama’s Affordable Care Act can rely on celebrities to help push the health insurance cover. While technical problems slowed the launch of new ‘Obamacare‘ websites to sell health insurance on Tuesday, the law’s supporters on Twitter were keen to get as many people as possible to sign up immediately.

Singer John Legend and Pharrell were joined by actresses Alyssa Milano and Kerry Washington were among entertainers reaching out to young adults to spark their interest in the new subsidized health plans. Lady Gaga, Olivia Wilde and Amy Poehler went one step further and held hand-made signs with the hashtag #GetCovered in an attempt to urge others to sign up for the plan. The administration aims to sign up at least 2.7 million young, healthy Americans in Obamacare’s insurance plans in their first year to offset the costs of sicker beneficiaries. 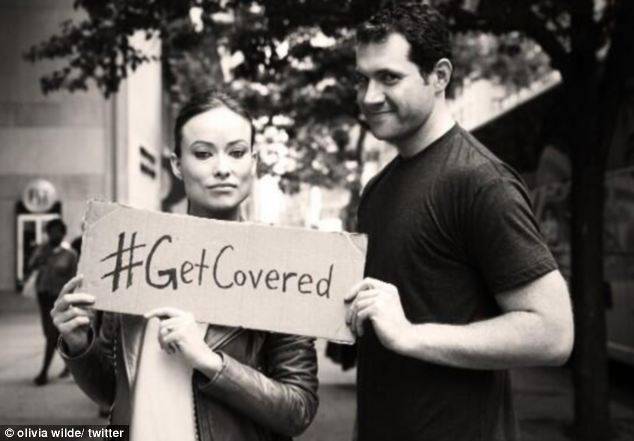 ‘If you want to make sense of the whole healthcare thing, or just want to #GetCovered, check out healthcare.gov #KnowYourOptions,’ the rock band Pearl Jam tweeted to its more than 2 million followers on Tuesday. Heavy web traffic and technical glitches stalled many of the new insurance exchange sites at their launch on Tuesday, suggesting a slow start to the six-month enrollment period.

In the first 24 hours of the act’s enrollment, 4.7 million unique visitors visited the online healthcare marketplaces, 190,000 phoned call centers, and 104,000 requested to use the web chat function, the Department of Health and Human told MSNBC. The administration went ahead with the launch despite a federal government shutdown precipitated by Republican efforts to delay the healthcare law’s implementation. 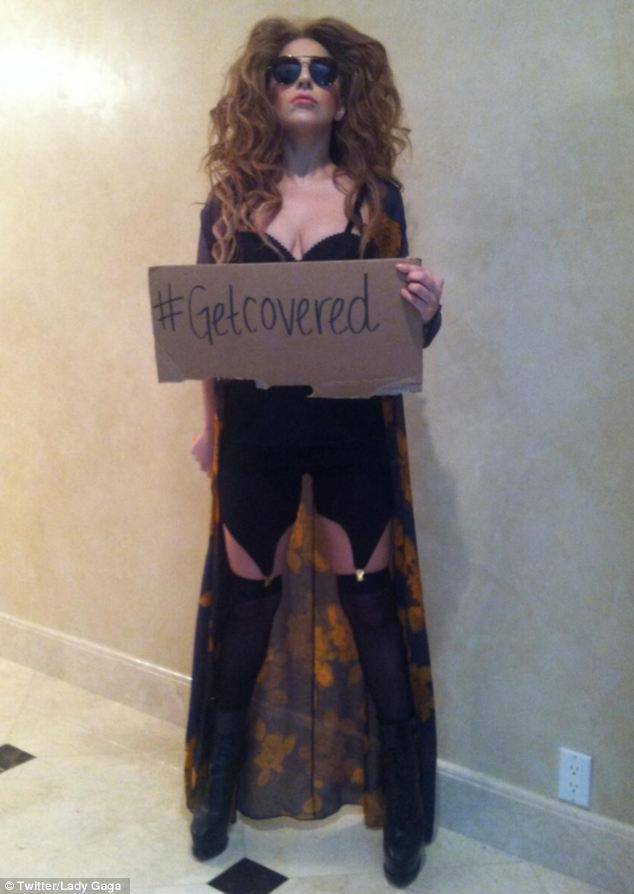 ‘F the shutdown. The Health Insurance Marketplace is now open in every state. Don’t wait another day to #GetCovered!’ singer Legend tweeted Tuesday morning to his 4.8 million followers. Obamacare opponents, led by Republican lawmakers, sent messages about the #trainwreck of a law they say was not ready to take effect. Along with the #GetCovered hashtag, the shutdown was also a popular Twitter topic on Tuesday, with the phrases #governmentshutdown and #DearCongress trending on the micro-blogging site.

Comedy website Funny or Die also released a video of bicycle crashes and other mishaps to its nearly 7 million followers, with the message that everybody gets hurt sometimes, so get coverage. The Funny or Die production president, Mike Farah, had joined a White House meeting in July to discuss how to use pop culture to persuade young Americans to sign up. Comedian John Hodgman and actress Martha Plimpton converted their Twitter streams into Obamacare forums on Tuesday. 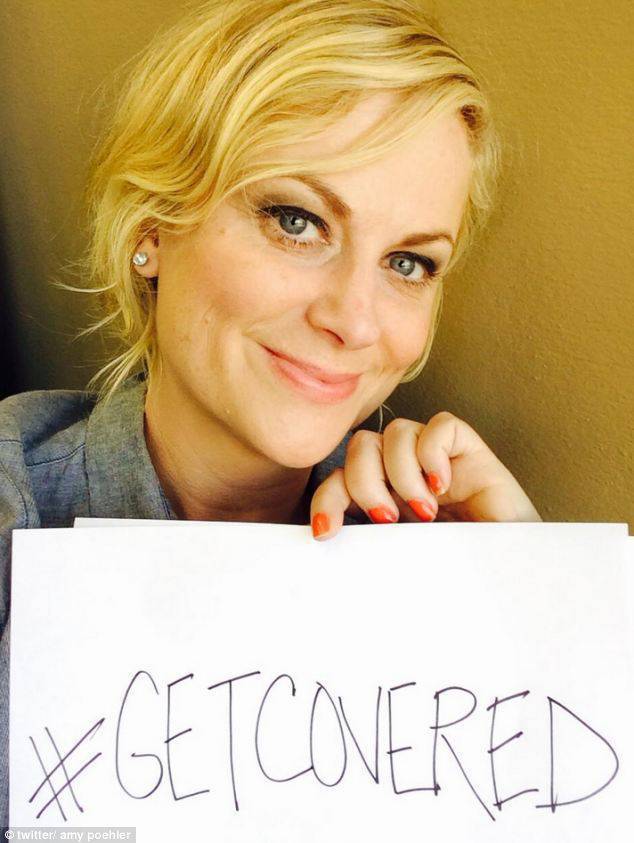 Plimpton retweeted messages from her followers saying what they like about the law, while Hodgman’s stream included young adults tweeting about health problems they had encountered. ‘Young people: sign up for healthcare. Take it from me–YOU ARE NOT IMMORTAL,’ Hodgman tweeted to his more than 900,000 followers. But some detractors of the law also adopted the #GetCovered hashtag to criticize Obamacare.