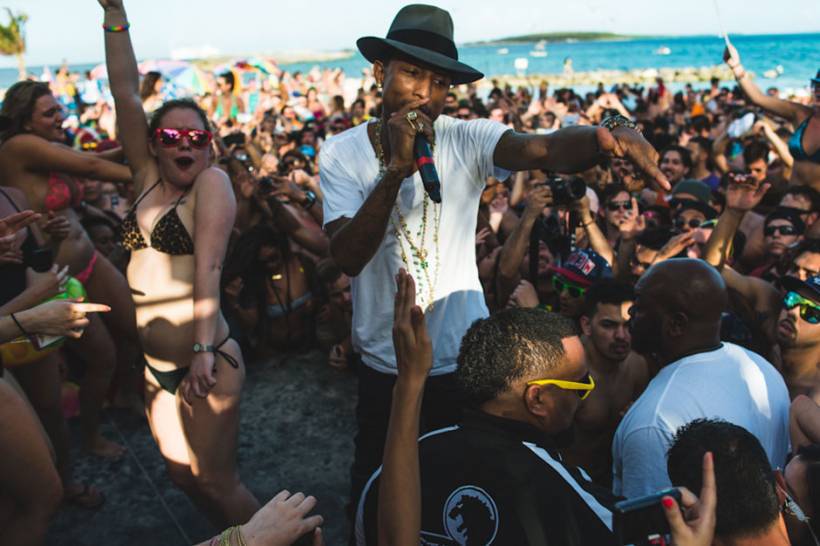 For nearly three hours, it seems like the phoenix will remain a legend. Pharrell Williams is very late to the beach party, and no one seems to be minding much. For the crowd, his absence means more time with Skrillex, Diplo, Dillon Francis, and A-Trak (while a perpetually grinning Tïesto lurks in the background). But the “Get Lucky” star’s helicopter (really) at last arrives, and Skateboard P hits the stage around 4 p.m. What follows is enhanced karaoke, essentially 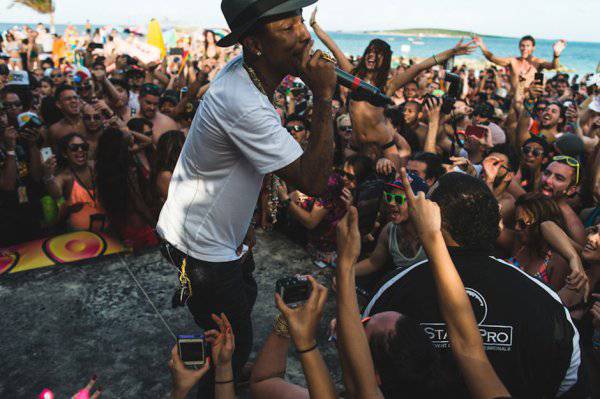 A DJ plays other people’s hits that Pharrell had a hand in, and he sings the hooks that he’s known for over a recording of his own voice. 2 Chainz’ “Feds Watching.” Mystikal’s “Shake Ya Ass.” Snoop’s “Drop It Like It’s Hot.” For the Doggfather’s “Beautiful,” he pulls ladies up from the crowd and serenades them with, “You’re my favorite girl.” He signs autographs during “Lose Yourself To Dance.” That night on the Pool Deck, he does his other Daft Punk hit twice after blowing the proverbial roof off with “Blurred Lines.” It’s weird, but Williams’ voice is impeccable in person. 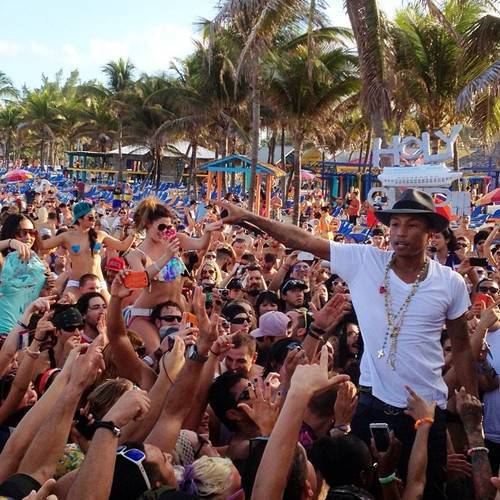