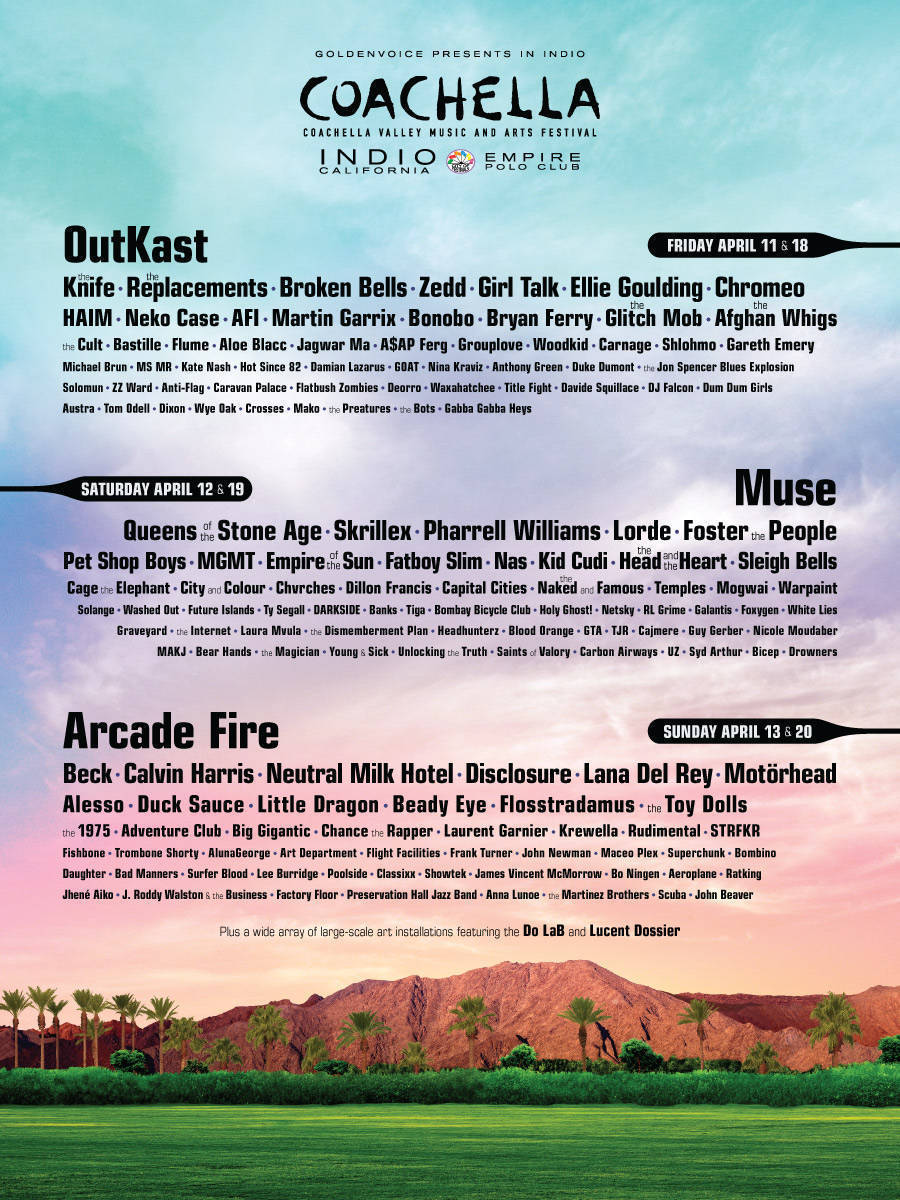 OutKast, Nas, Pharrell, Lana Del Rey, Chance the Rapper & More to Perform at Coachella 2014. The moment is here. After much speculation leading up to the announcement, the full lineup to this year’s Coachella Music & Arts Festival has been revealed. The 2014 edition is headlined by the reunion of Big Boi and André 3000 aka as the legendary OutKast. It will be the first time the Atlanta rap duo will perform together in over seven years.