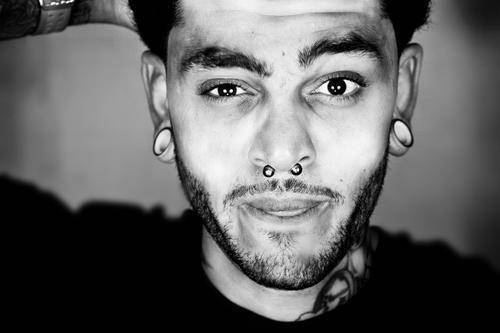 By Gary Graff. Travie McCoy says fans will hear “a lot of growth” on his second solo album, which the Gym Class Heroes frontman plans to release in 2014. “Anyone knows from the past, from Gym Class Heroes or (2010’s) ‘Lazarus,’ that I’ve always given zero F about catering to one genre or one particular audience,” McCoy tells Billboard. “I’m influenced by so many different types of music, and this record is no different. It’s kind of me still putting my foot in different waters and trying different things. It’s never really been, like, a conscious decision to be different or, like, color outside the lines. It’s just what I do.”

McCoy’s collaborators on the new, as-yet-untitled set include Pharrell Williams and TV on the Radio’s Dave Sitek, the latter of whom’s songs “came out really crazy and different. There’s just an urgency to a couple of the songs I think is going to surprise a lot of people.” McCoy says he also worked with “a lot of up-and-coming producers, young guys that I feel need to be heard,” including DJ Slink. And even though Jason Mraz guests on McCoy’s current single, “Rough Water,” he says that he’s “trying to keep features to a minimum on this record. I took vocal lessons for the first time and actually learned a lot about using my voice as an instrument as opposed to just doing what I’ve always done and going by feeling.

I’m still doing that, but I’ve learned a lot of tricks and how to manipulate and play with my voice a little bit. So now if there’s a place on the record where I would have gone, ‘Shit, I can’t hit this, lemme call somebody,’ those are places now where I’m actually doing it myself and going for it.” The “Rough Water” track McCoy says, was inspired by a tough period with his former girlfriend. The song “sat on the back burner for awhile” until producer Benny Blanco played it for Mraz, who subsequently played guitar and sang the hook. “Benny sent it to me, and I was like, ‘Whoa!’ ” McCoy recalls. “He took this thing to a whole nother planet. It was just fantastic. It meshed so well, so we decided to put it out there for public consumption and people are digging it, so I’m stoked.”