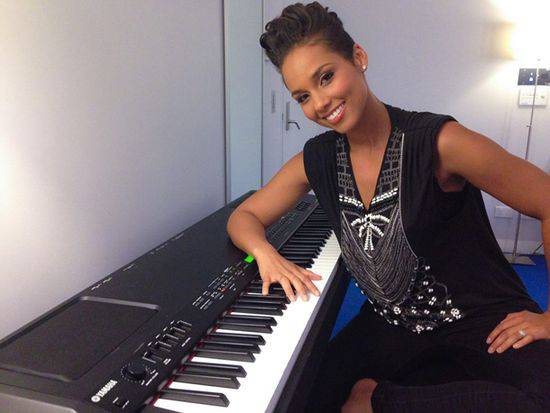 Alicia Keys parts with a few words about her upcoming collaboration with Pharrell and Kendrick Lamar on the upcoming title track to the soundtrack for “The Amazing Spider-Man 2.” It’s no small undertaking when Alicia Keys, Pharrell Williams, Kendrick Lamar, and the legendary film composer, Hans Zimmer, get together for a project. But that’s just what we have here as all five of the musical giants got together to create the track “It’s On Again,” for the upcoming “Amazing Spider-Man” sequel, which will also star Jamie Foxx as the film’s main antagonist, Electro.

So, the film looks dope, but we’re especially excited for the music. Alicia Keys had a few comments about the upcoming project, saying, “I’m very excited to be a part of such a powerful collaboration with Kendrick Lamar, Pharrell Williams and Hans Zimmer. This is the next chapter in the ‘Spider-Man’ legacy and we really feel ‘It’s On Again’ captures the experience, the story — and most importantly — the meaning behind the film, which is that we all have the potential to be extraordinary. There’s a little bit of a super hero in all of us.”

Maybe there is a little of a super hero in all of us, but it seems to be more so in some than others, like the extroardinary artists who came together for this project. And it evidently came out well, as the director of the “Spider-Man” film commented on the score, commenting, “Every director wants his movie to have a unique sound, but this is beyond unique. It’s completely unlike any movie score that’s come before.” Even if you’re less than thrilled about the new Spider-Man reboot, are you excited to check out the track when it comes? The film itself comes out in April.