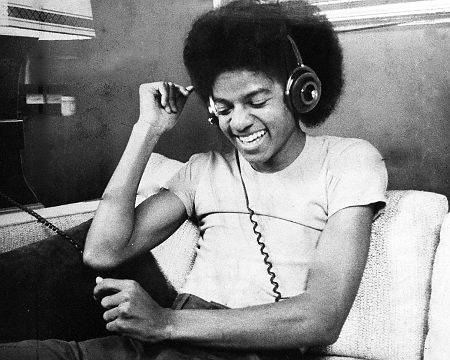 There is one name which keeps coming up in the reviews for Pharrell Williams’ solo record. The cat in that hat won’t countenance the affirmation offered by critics who are drawing the natural line between Michael Jackson and his record GIRL. Yet Williams has made exactly the record that Jackson may have finally attempted if he was still alive. After all, Williams gave him the chance to make it that album back in 2002. But Jackson’s minders rejected the songs he had written for the King Of Pop.

Instead they would feature on Justified, the debut solo album by Justin Timberlake, who returns the favour with a duet on GIRL called “Brand New”. While Williams and Jackson would often talk — and the King Of Pop even interviewed his heir apparent for a magazine feature — they never did get to work together. Well, there’s no comparison between me and Michael Jackson. He is the King of Pop, an incredible dancer, an incredible writer, incredible visionary, he changed the world in so many ways,” he says.“I am just a fan who has been given the opportunity to make music.

“I did eight songs for him that never made it to him, that ended up on Justin’s record.“Later he sang me all those songs and told me they should have been his and I told him they were for him.“When we did that interview for Interview magazine in 2003, I always said it was the king interviewing the peasant. He knew who he was supposed to be and I am still pinching myself.” Williams has a lot to pinch about. GIRL went straight to the top of the iTunes charts in 60 countries and “Happy” has sold a gazillion copies.

And then there is his fingerprint on the two other biggest hits of the past two years, “Blurred Lines” and “Get Lucky”. It was when Columbia Records heard the Daft Punk collaboration that they decided to lure Williams from behind the producer desk to do a solo artist album himself. He was skiddish about the prospect as his 2006 debut solo record In My Mind flopped. Hence his genuine gratitude and humility about his purple patch.

“I am doing things the same. It’s the fans, they are doing it and I cannot take authorship of the success because I didn’t do it,” he says. Even when it is pointed out that he created the music which has generated the success, Williams won’t gloat.“How lucky are you to be chosen by people to be lifted this high?” he says. Before anyone else heard “Happy” or “Brand New” or “Lost Queen” or “Gust Of Wind” or “It Girl”, Williams knew he wanted the album to be about women and his feelings about them.

So he tested the tracks with his wife Helen, riding around Miami in their “truck”, the American equivalent of a ute.“You got to play them in the car, you have to, because that’s where people hear it, that’s where you get to see if you feel it,” he says.“You just wanna hear it again. Oooh, that’s my part, that’s when you know there’s something in there. Williams is playing his future plans close to his chest about touring about confirmed he is working on plans to take GIRL on the road. As for the future of hat trends, Williams is “I am not like this guy who is going to show up with all these weird hats.”