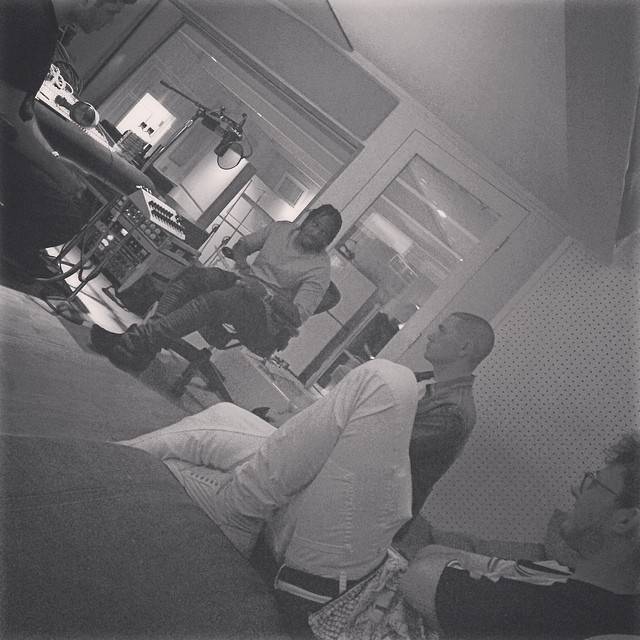 Normally, it takes 30 days to develop a habit, but for Pusha T. , it only took 20 days locked in the studio with The Neptunes‘ Chad Hugo and Pharrell Wiliams to get that old musical magic back. “I haven’t been in the studio with Chad and Pharrell probably since Lord Willin‘,” Pusha told Complex. “Hell Hath No Fury was leaning more on the Pharrell side. Just to have them back in there, that chemistry, defining of sounds, just finding direction, that’s what we did that whole time. I think we got a great start on King Push.”

With all of his solo success with Daft Punk’s “Get Lucky” and his own Billboard chart-topper, “Happy,” it’s easy to forget about the G I R L rapper’s longtime co-producer. “With Chad, it’s basically I can say my ideas and he translates everything into music,” Pusha said. “I write down all the references, I go back to ’80s hip-hop and ’90s and obscure records. I can give all of that to Chad and before I know it, I’m hearing it in keys. He’s one of those prodigy types. He’s a genius on that.”

With his critically-acclaimed debut album, My Name Is My Name nestled comfortably at the top of numerous media outlets’ “Best Of” lists, the “Nosetalgia” MC is in no rush to drop his sophomore set. “I haven’t been putting any times on that. I’m just trying to be very selective about it,” Pusha said. “I just left L.A. with ‘Ye trying to get this right, get his portion right as well. I been in there with Dream, Pharrell and Chad, I got Needlz, Nottz.

I’m stacking it, trying to get it right so I haven’t been putting any type of rush on it at all.” MNIMN featured guest turns from the likes of Chris Brown, Future, Kelly Rowland and Kendrick Lamar, so it’s only fair to assume that Pusha has some more big names in store for King Push, right? “No features yet,” he said. “I just don’t have any features right now. We gon see what’s it’s gon bring, but this is my proclamation of King right now.”