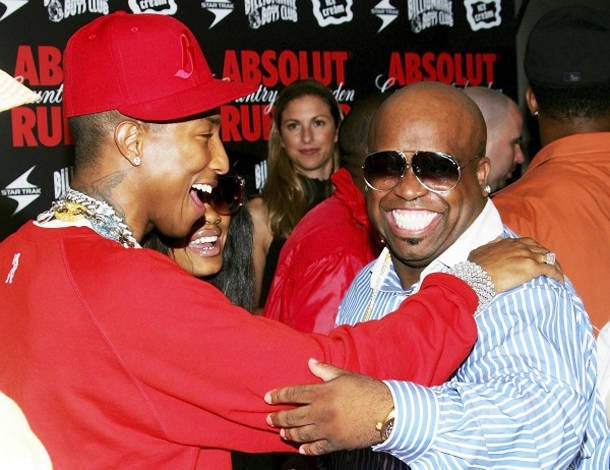 Cee-Lo Green will continue to profit from his voice but grew tired of The Voice. In a recent interview, the Goodie Mob artist explained how fatigue led to his departure from the hit NBC Show and gives his replacement, Pharrell Williams, advice on handling the show.

News of Pharrell Williams replacing Cee-Lo on The Voice surfaced this past March when show’s official Twitter account annouced the change. Cee-Lo originally revealed on The Ellen Degeneres Show a month before the announcement and revealed his reason for leaving was based on wanting to work on his new album. Cee-Lo changed his reasoning a bit during an interview with Us Weekly:

It easily and quickly became a job. Very, very obligating… Taxing and tiring… I still tip my hat to Adam [Levine] and Blake [Shelton] and those guys who continuously do it, but I think I ran my course there just naturally. Green was one of the original judges announced for the show back in February 2011, two months before the show’s inaugural season began.

Later in the interview, Cee-Lo gave advice to Pharrell on how to handle the job: Just kind of pace yourself. Just find it enjoyable, and as long as you’re passionate about discovering new talent and really helping people and encouraging them to be themselves and live out loud and follow their dreams, then you should have no problem. Cee-Lo’s new show “The Good Life” premiered on TBS on June 28th and airs every Monday at 10 P.M.