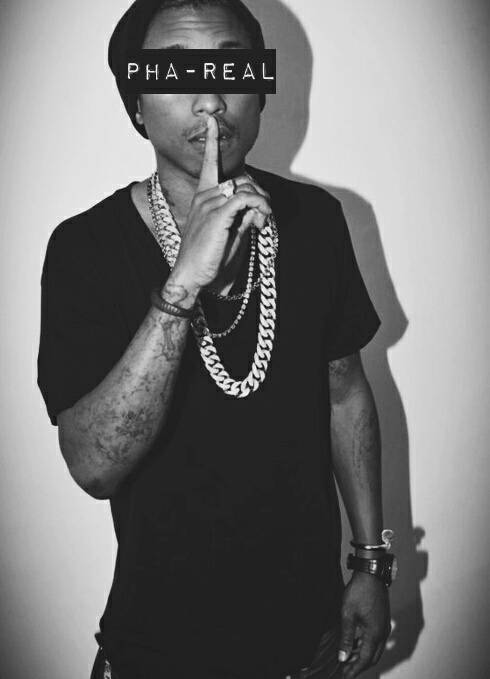 “I couldn’t believe my name got tossed in the hat!” the “Happy” creator exclaimed during a press conference about the game. Pharrell Williams is putting on yet another hat — that of a video game soundtrack curator. The “Happy” singer/producer has been tapped to helm the soundtrack for “NBA 2K15,” the upcoming installment of the best-selling basketball video game franchise, set for an Oct. 7 release in North America.

During a press conference held in Manhattan on Monday (July 14) — hours before Williams would take the stage at Madison Square Garden to open for Bruno Mars — the producer said that he was “honored” to take over the NBA 2K soundtrack selection process from Jay Z and LeBron James, who curated the soundtracks to the franchise’s previous two installments.

“I couldn’t believe my name got tossed in the hat!” Williams said about being chosen for the job, while wearing his now-signature hat. Although the track list for the “NBA 2K15” soundtrack won’t be revealed until later this summer, Williams let it slip that songs from System Of A Down and Strafe would be included. A representative for game publisher 2K confirmed that “2K15” would boast the largest soundtrack to date for the franchise.

“I had some people from my staff — they were all girls and women — and we just talked about it,” said Williams, when asked by Billboard how he began brainstorming the musical selections for the game. “I was like, ‘I have to do this, [but] I don’t know if I’m gonna be able to pull this off, because Jay did it and LeBron.’ I’m like, man, how do I follow up those guys? They know so much more about the sport than I do.”

Eventually, the female perspective helped Williams narrow his song choices. “There are girls that play the game and there’s a lot of girls that are around it … so I thought it’d be such an interesting twist to have the girls weigh in on the song list, because they listen to it just as much,” he explained. “I tried to pick an alternative approach, because how do you follow up LeBron and Jay? I gotta take a different route. When we finished looking at the list, it felt right.”

Williams has long felt a kinship with the “NBA 2K” series — he pointed out that, on the cover of N*E*R*D’s 2001 album “In Search Of…,” where the group’s Shae Haley is shown playing a video game on an offscreen television, Haley was actually playing an early “NBA 2K” game. The partnership with the game franchise is the latest media venture for Williams, who also co-founded the clothing brand Billionaire Boys Club, Ice Cream Footwear and the creative collective i am OTHER.

During the press conference, Williams said that he wasn’t a hardcore gamer, but that his six-year-old son Rocket teaches him about modern video games, adding that “I’ve always wanted to do something in the ‘Sims‘ world. We’ll see.” Although reigning NBA MVP Kevin Durant graces the cover of “NBA 2K15,” Williams was eager to share his thoughts on last year’s cover star, LeBron James, recently leaving the Miami Heat to rejoin his hometown team, the Cleveland Cavaliers. “LeBron is the king,” says Williams. “Coming home is a big thing for anyone that’s gone out and done it. He went out and proved something. He deserves to do what he wants to do, and go where he wants to be.”

Williams‘ involvement in the “NBA 2K15” soundtrack continues a stellar year for the veteran producer, who released his second studio album, “G I R L,” last March. His Oscar-nominated single “Happy” spent 10 weeks atop the Hot 100 chart; he performed star-studded showcases at both weekends of Coachella; and Williams has produced singles for Ed Sheeran and Usher, among others.

Following the dates supporting Mars, Williams will headline a string of shows in Europe beginning in September. “I’m tripping out that we get to put this music out,” said Williams of the “NBA 2K15” soundtrack. “This never happens — the system is never like that, where you look up and go ‘Wow, we just pulled that off.’ I’m pumped and excited.”