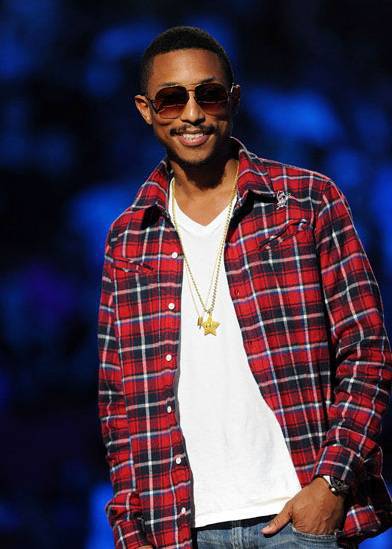 Pharrell has the chance to win 4 VMA’s this year for Video Of The Year (Happy), Best Pop Video (Happy), and Best Male Video (Happy) Including Ed Sheeran’s (Sing). Plus Usher will probably perform his new single ‘She Came To Give It To You’ at this year’s event. Beyoncé leads all artists for the 2014 MTV Video Music Awards with 8 nominations.

Hot on her heels are Eminem and Iggy Azalea with seven nominations each. The VMAs will be held August 24th at The Forum in Los Angeles. Among the artists who were ignored include Lady Gaga, Coldplay, and Justin Timberlake (although his duet with Michael Jackson, “Love Never Felt So Good,” was nominated for best choreography.)