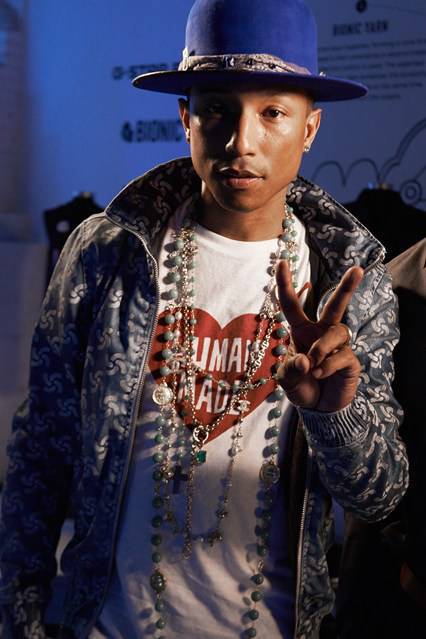 Suzy Menkes meets the Seven-Times Grammy–Winner as he launches his G-Star Raw For The Oceans collection. Pharrell Williams – music entrepreneur and king of cool – wants more than to be known across the world. He wants to save the planet. And he has already started. The first G-Star Raw For The Oceans collection, in collaboration with the Dutch-based denim company and curated by Pharrell, went on sale in stores on Saturday. 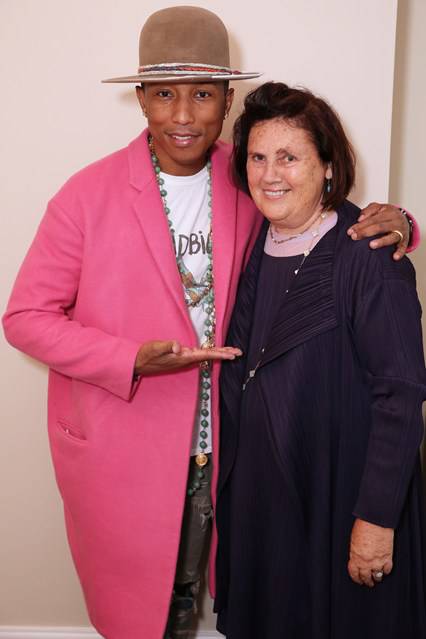 As part of New York Fashion Week, a second collection for summer 2015 was shown on Friday, again using Pharrell’s Bionic Yarn textile company, which produces a fibre made from discarded plastic retrieved from the sea. Pharrell, sitting with G-Star Raw’s global brand director Shubhankar Ray, discussed the importance of clothes from “the goliath of denim” for people who might once have been laughed at as “tree huggers” but who increasingly understand the need to protect earth and ocean. 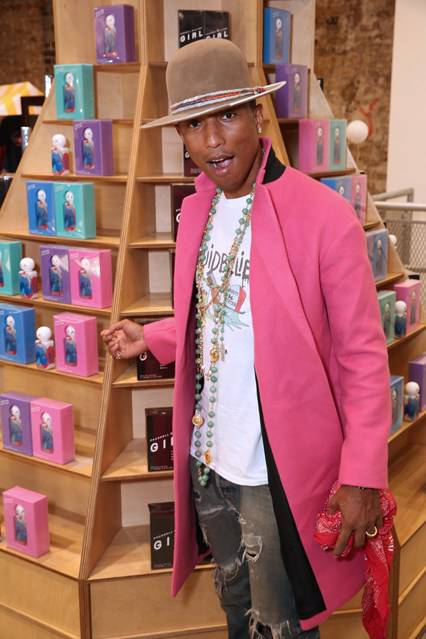 “It’s for two reasons: one because the planet does need help,” Pharrell says. “Y’know, our planet is sick. We people are the bloodline and there are some blockages with all the crazy things going on in the world. The second reason is that so many amazing things have happened to me. I’ve had some really generous and blessed harvesting. The least I can do is get to our global community and give back to the earth.”

Thursday’s “Ocean Night” featured light effects that reflected on the audience as a swaying, swelling ocean, and a collection of denim – from jackets to shorts – that looked their best on the man himself. Pharrell the philanthropist is almost as well known as the musician, and so are his fashion credentials. He has already founded the streetwear brand Billionaire Boys Club and Icecream. But most of all, he is the epitome of cool, heading the best dressed lists of global magazines.

When I met him last week in London to talk about his style, Pharrell admitted to one fatal flaw in his bid to be a prince of fashion. “I’m sorry – I believe I’ve lost all the brownie points in the world now, but it’s true,” the Seven-Times Grammy–Winner confessed, looking out from under his signature hat. “I don’t even know how to tie a tie!”

This necktie problem might seem miniscule, given that his funky T-shirt, under a pink Céline coat, is adorned with jewellery that is a perfect copy of Chanel’s gilt chains and faux pearls but in gold, jade and freshwater pearls by hip-hop’s favourite, Jacob “The Jeweller” Arabo. Pharrell is a perfectionist, hence the female coat, because the new unisex fragrance he has created with Comme Des Garçons Parfums is called GIRL, just like this year’s album, which won charts and hearts and repeated the success of the irresistible “Happy“.

“I don’t know if I got it because it was pink or because it just fit good – and you know Phoebe [Philo] is just a genius at making women’s clothes that really could pass as unisex,” Pharrell said, proving in one sentence that he has fashion insider knowledge. Any collaboration with Comme Des Garçon’s under-the-radar but powerful fragrance business is bound to be original. The cool-as-it-gets Japanese brand was founded by designer Rei Kawakubo in 1969 and turned into a strong retail business by her partner and CEO Adrian Joffe.

Add to this the inspiration of Wonderwood, the cult woody Comme fragrance worn by Sarah Andelman, founder of Colette in Paris, and the collaboration with fragrance master Christian Astuguevieille (whom Pharrell calls “The Alchemist“). “I only really collaborate with the masters of each trade,” Pharrell said. “I am a proud student. I like to remain as curious and observant as possible.” Piled up in Comme’s newly made-over emporium, Dover Street Market in London, GIRL – For Girls & Boys has striking packaging, with Japanese Manga–Style illustrations by New York artist KAWS.

“I think my message was the freedom of getting the things that you really want,” Pharrell continued. “Does the smell define that? I don’t know. I’m hoping you get that in the total package. The bottle is an artwork in itself, so is the juice, so is the brand that has produced it. I think it’s kind of quirky and interesting that they were able to do that with a musician and not make it a celebrity fragrance.”