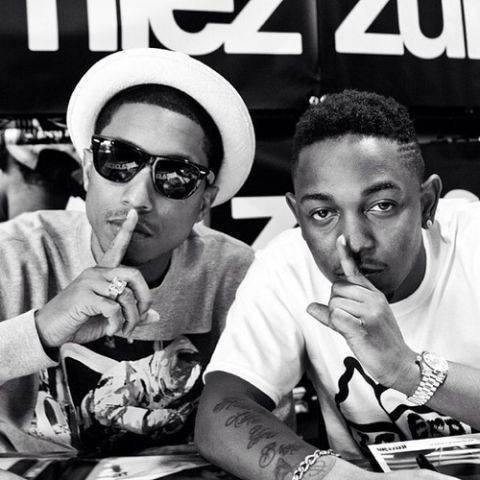 On Wednesday night, Scott Vener pulled out his best Kanye “rant” on Twitter and went nuts over a new record he heard from Kendrick Lamar recently. Scott says he went to visit Pharrell in the studio this past weekend, when Kendrick Lamar (who was in the studio working with Skateboard P) pulled out his laptop and started playing some new music for everyone, which included a song called “King Kunta”.

Scott, who was blown away by the record, said the track is produced by TDE’s own Sounwave, and described it as some old school L.A. hip-hop ish that gave him chills. “Took me all the way back to 90s hip hop and back and gave me a tour of the cultural fabric of LA like never before.” – Scott Vener Scott later spoke tweeted about Pharrell’s reaction towards the record, which was described as “unapologetically black and AMAZING“.

He also says Pharrell mentioned that he can’t wait for Q-Tip to hear it, “Those chord changes though. I can’t wait for @QtipTheAbstract to hear this. Take note that there’s no real confirmation of the record or if it will appear on Lamar’s sophomore album, but with TDE’s CEO, Punch, replying and allowing such details to be revealed, there’s a very good chance that this is indeed the follow up to “i”. Guess time will only tell though.