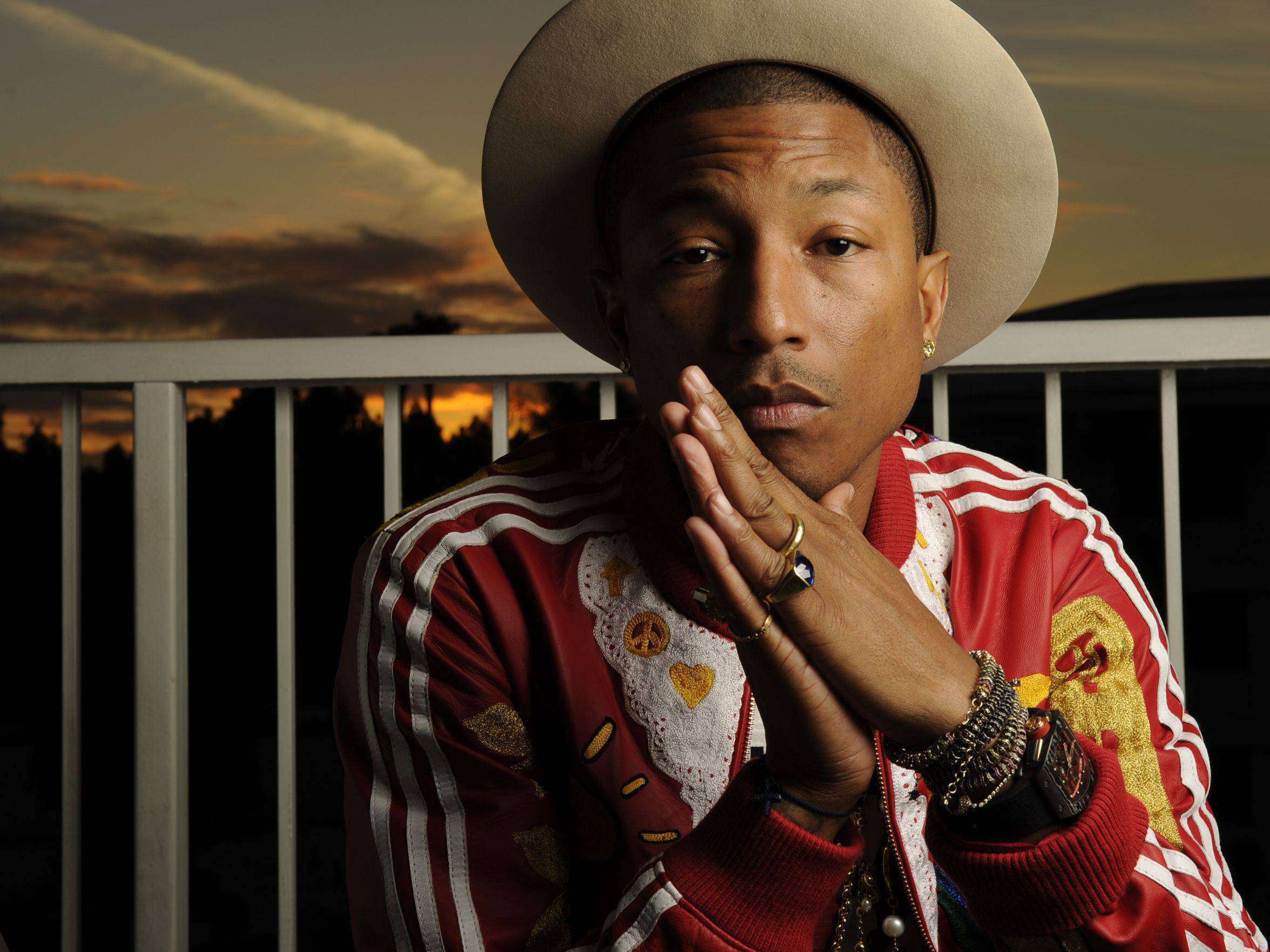 As the year ends, USA TODAY recognizes people in the news who embody these qualities. Pharrell Williams took the world by storm this year with the feel-good hit, Happy, a song so popular it became one of the best-selling singles of all time, earned an Oscar nomination and spawned joyful tribute videos around the world. 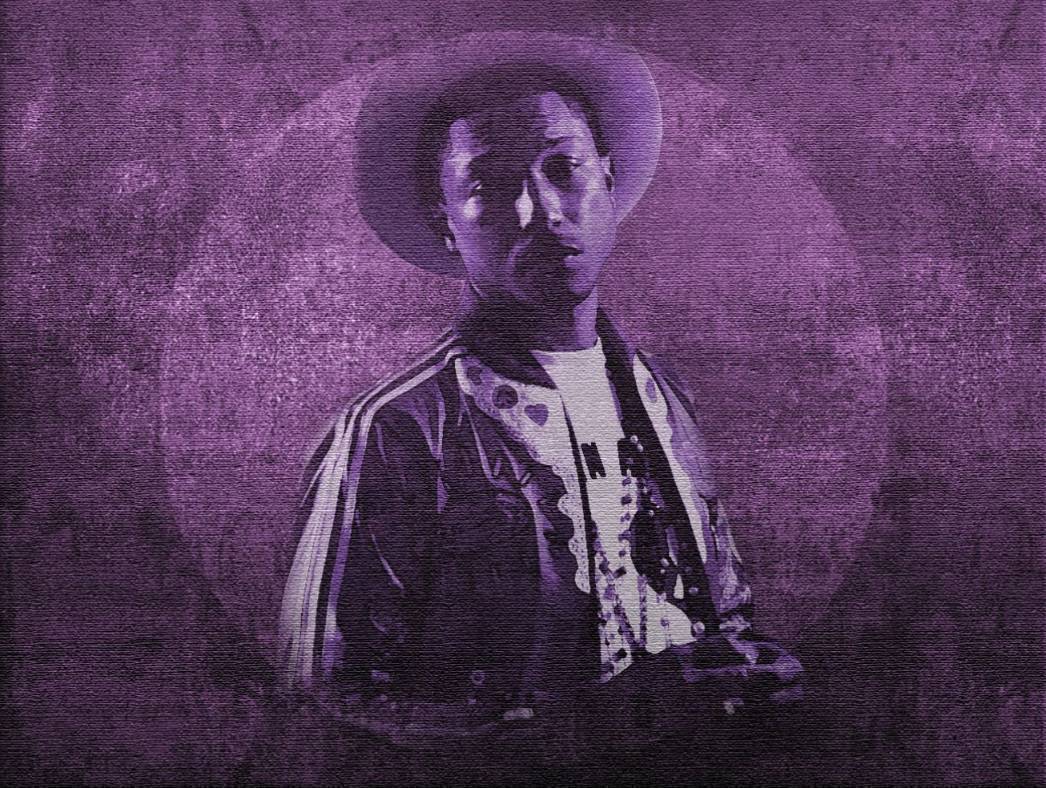 The mega-producer also took home four Grammys this year and changed the game on The Voice as a new judge. Now this is how you ace every platform. Pharrell Williams served up an innately cool 2014 as our impresario of music, television, social media and fashion. On the radio, he made us Happy, with a bright, poppy tune that became one of the best-selling singles of all time — and took him all the way to the Oscars stage. 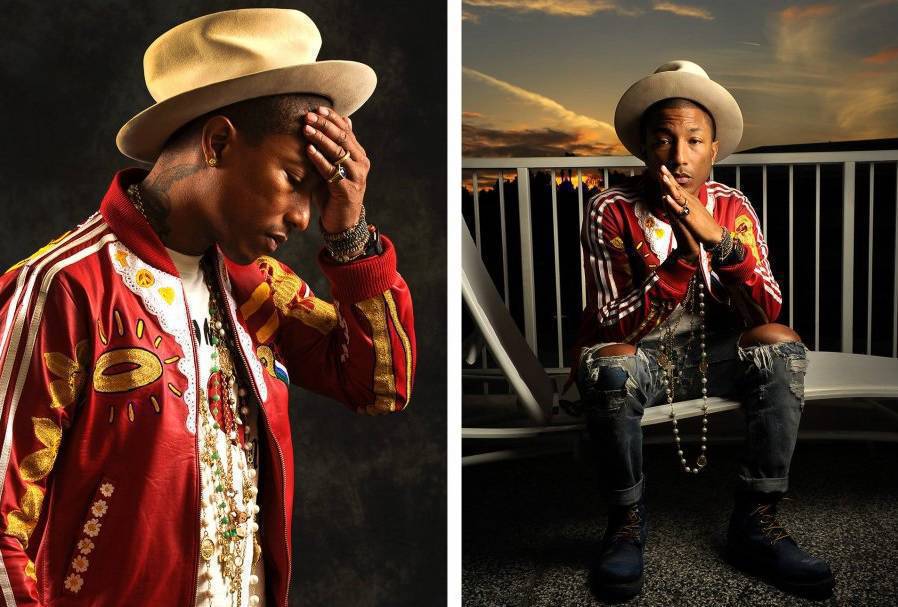 Then, Williams took a seat on The Voice, and became part of our national lexicon. What does Pharrell think? we wondered, watching him in the judge’s chair. And (for those who didn’t know him) why did seemingly every contestant want to be on his team? It had something to do with the fact that Williams is behind most of our favorite songs on the radio (Get Lucky or Blurred Lines, anyone?).

A seven-time Grammy–winning musician and producer, Williams, who launched his career as a producer via The Neptunes (think back to Britney Spears’ I’m A Slave 4 U) and as part of the band N*E*R*D is freshly nominated for four Grammys for his second solo album, G I R L. Notably, he’s also had a hand in several of the albums he’s competing with for album of the year, namely, Beyoncé and Ed Sheeran’s. A star in his designer boots would routinely show up cocky. Pharrell, 41, shows up humble.

“2014 was an awakening to a purpose,” says Pharrell, marveling at the global impact of Happy. “I just remember waking up rejoicing and being so thankful that my awakening was in my hobby,” he says. “I realized that there’s so much more you can put into your craft … without being preachy.”

Before Happy, Williams shied away from speaking from a so-called mountaintop. “But I’ve realized you can have a good time and actually say some things that people can walk away with,” he says. Happy took on international legs when it spawned thousands of videos around the world of joyful fans dancing to his song. The tribute videos sprang from Minsk to Tehran, where young Iranians were jailed the act of “obscene” dancing. At the time, Williams called it “beyond sad that these kids were arrested for trying to spread happiness.”

Sentences of lashings and prison time were suspended after international outcry. Then there was his epic Mountie hat, donned by Williams at the Grammys, which immediately went viral. The larger-than-life Vivienne Westwood chapeau earned its own parody Twitter handle, was purchased by Arby’s for $44,000 and was displayed at the Newseum. (Playing to the meme-culture, Williams donned the hat in different colors at forthcoming red carpet events, including the Oscars, where he wore it in formal black.)

Yet Williams, who has over 5 million followers on Twitter, calls the response to his style “a shocker.” “At the very last minute I was like, ‘I’m not going to wear a tux. I’m going to wear my Adidas jacket and this Vivienne Westwood mountain hat’ … And then it was kind of like, boom,” he says. This September, Williams took a spinning seat on Season 7 of The Voice, alongside newcomer Gwen Stefani and veterans Adam Levine and Blake Shelton. Suddenly, Williams’ name became a household one.

“Being on The Voice has enhanced my life. It’s just allowed me to pay forward everything that I’ve learned, all the invaluable suggestions, the incredible advice that’s been given to me. And the things that I’ve learned on my own as well,” he says. “I know the way it must look on television,” he continues. “It’s a show, but for me, it’s really this thing where we get to look into people and see what’s in there.

And it hurts when you come across some people that have a great voice but they haven’t connected to their spirit yet. So they end up doing things that they don’t really want to do.” It’s the contestants who know who they are who break through. “I try to fight and fight until there’s nothing else I can do,” he says. Those who rise above are so electric, they spark with promise. “You see it in them, they’re charged. It’s just innate. Like, Taylor Swift is wired for it. Kendrick Lamar is wired. You look at their music, you look at their drive. There’s no confusing that.”

The biggest lesson he’s taking into Season 8 (shooting now), during which he’ll resume duties with Christina Aguilera? Williams, whose contestants were knocked out this year during the Live Playoffs, says it was “perfect” that country singer Craig Boyd took Season 7, who was on Shelton’s team. “It’s perfect for him that he won, because he never had to jump out of what it is he loves to do in order to (win),” says Williams, who was scrutinized for his guidance on song selection, which often deviated from the Top 40.

“But some of the other contestants, they were going to have a hard time once they won singing great Beyonce songs. Because it’s like, ‘Well, now that you won, OK, so whose record am I going to buy – Beyonce or you, always coming second best?” Williams predicts that contestants like Luke Wade and DaNica Shirey, both from his team are “going to go on to make great albums.”

Does that mean Williams will sign a Voice artist to his label, i am Other. “Well, everybody’s going to have to sit back and get your popcorn,” he grins. As for being USA TODAY’s Smarter – Faster – More Colorful pick of the year in entertainment: “It’s an ambition,” he says. “That’s the closest you can come to it.”