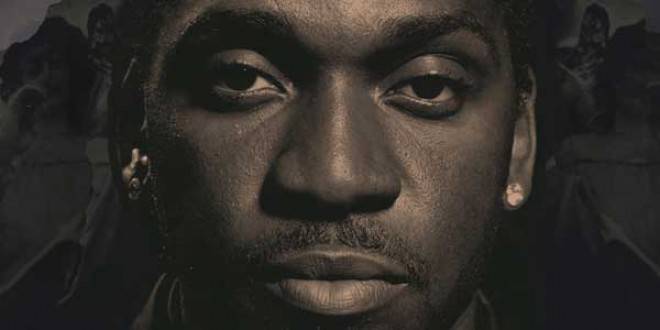 By Simon Vozick-Levinson. Some people are getting ready to take the rest of the year off – but not Pusha T., who’s hard at work on his second solo album, King Push, the follow-up to 2013’s My Name Is My Name. “Aw, man, I’m working on it feverishly,” says the Virginia MC. “It’s amazing. I feel like the sound will be second to none. And of course you already know the raps will be smacking people all left and right. I’ve been working on it constantly.”

Pusha says he plans to release the album in spring 2015. In the meantime, fans can get an idea of where he’s headed from his killer new Kanye West-produced single “Lunch Money,” which just got a video. “I dropped ‘Lunch Money’ to show how far out me and ‘Ye are going to go, just sonically,” he says.

“Now, I feel like people don’t know where the hell I’m going to go on the next record. And that’s where I want them to be.” He laughs, then adds: “‘Unorthodox‘ has become synonymous with Pusha T.’s music, back to records like ‘Grindin’.’ Everybody’s gonna be really locked in and shocked to see how I’ve raised the level of musicality from My Name Is My Name to King Push.”