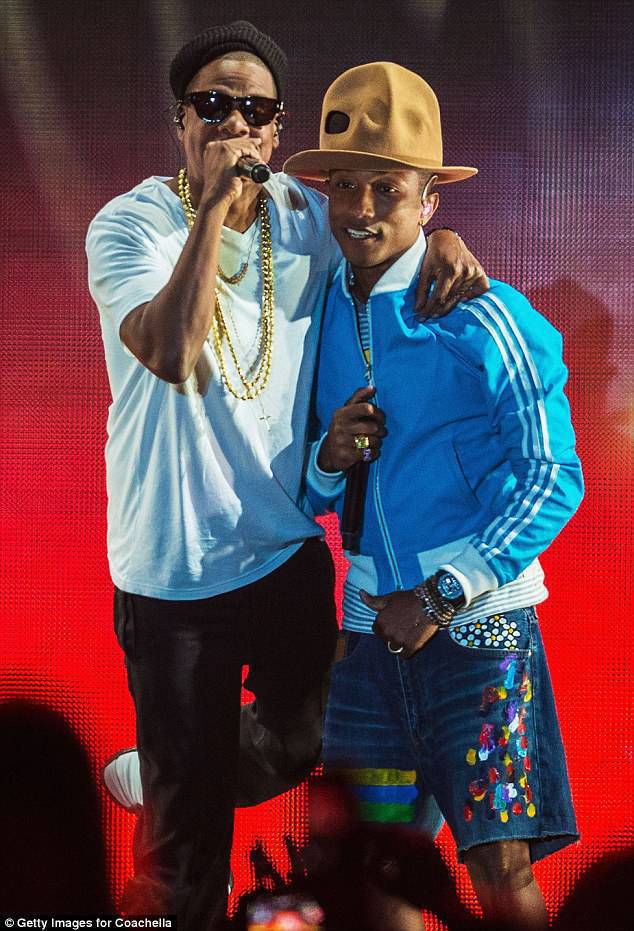 The ‘Happy‘ star spoke to GQ Style magazine about his recent success. With pretty much the whole world at his feet having had the biggest selling single of the last few years, you could perhaps excuse Pharrell Williams for being immodest. But in a new interview he was very humble when comparing himself to one of his musical idols Jay-Z.

Speaking with Germany’s GQ Style magazine, the 41 year old said he would “sound braggy” if he were to rap like Jay-Z and use the same lyrics that he does. He believes that all artists should find their own style and that imitating someone else is unlikely to pay off. “I think you have to create something new. You can’t just copy the style of others. If I would sing Jay Z’s lyrics, I would sound braggy, while he inspires people with his songs. Everybody has to find their own style.”

However, Pharrell also dismissed artists who claim that they aren’t interested in commercial success, saying that he can’t understand why somebody wouldn’t want their music to be heard by as many people as possible. “For me, it’s not all about me or to be a star with a certain image. It’s about being a part of something bigger and you can’t control that. It does not matter how talented you are – if nobody reacts to your product you are just a guy with a demo tape or a few design drafts.”

“I want to connect people,” he continued. “Success means being supported by others. I just try to find my purpose as a part of the big mosaic the universe arranged.” He sure sounds like a guy totally at peace with himself and the world. And why shouldn’t he be? Since forming the production team The Neptunes and group N*E*R*D with Chad Hugo and  Shae Haley in the late ‘90s, he’s had an enormously successful career, recently hooked up successfully with the likes of Robin Thicke, Daft Punk and Madonna.

And he’s pretty modest when speaking about his successes with them too, seeing himself as merely a catalyst so that others can play to their strengths: “I just hold a mirror up to the people I am working with so that they know themselves.” Combined with the globe-conquering ‘Happy’ as a solo artist, Pharrell was involved in the three biggest selling singles around the world in 2013. He won a Brit Award last week for International Male Solo Artist.